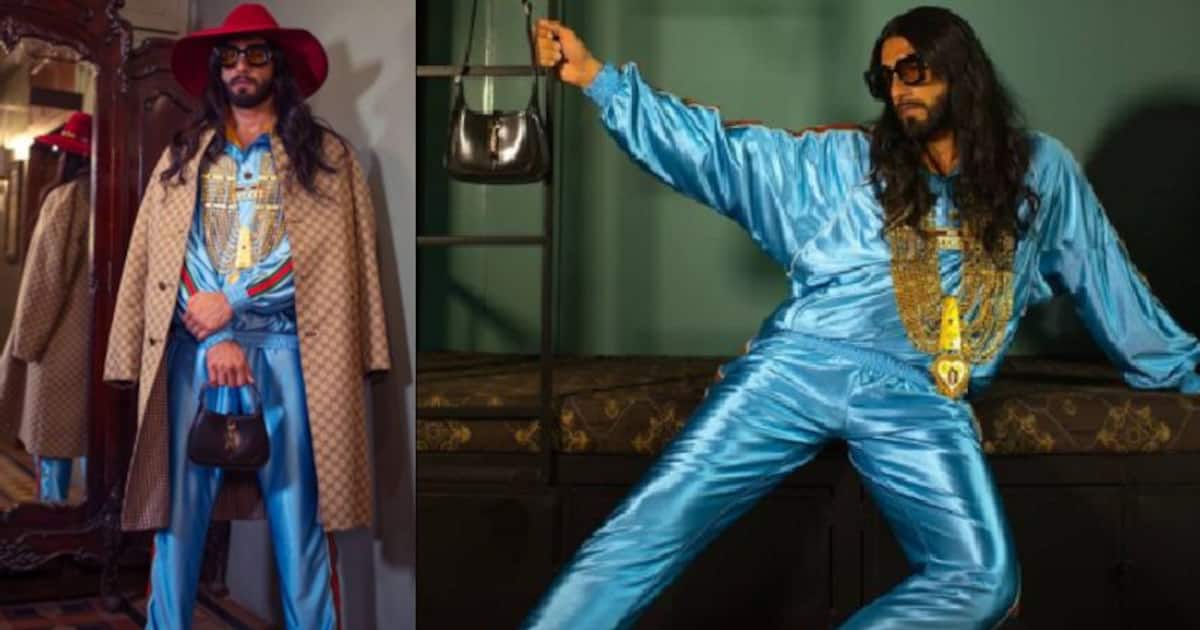 Ranveer Singh is a star with a very different outlook on fashion. His clothes, jewelry, and attitude are often the subject of much discussion. When it comes to social media, these kinds of fashion experiments often turn into trolls.

Earlier, celebrities including Priyanka Chopra had received similar jokes in the name of fashion statements. Ranveer is on the same path. Ranveer often adopts looks that amaze anyone and even make designers think.

Now Ranveer is full of trolls for a few new pictures he shared on his Instagram page. Ranveer is wearing a dress designed by a fashion house called ‘Gucci’. Ranveer also imitated the hairstyle of Alessandro Michele, the creative director of ‘Gucci’. Ranveer has added his name along with the pictures.

The jacket and pants with blue and red track stripes, the long coat in a checkered design on top and the red big hat are all ‘Gucci’ designs. Ranveer has tried to recreate the old look through this. Along with this, the large gold necklace around the neck, the vanity bag used by women, different shoes and the old – fashioned spectacles make Ranveer’s look different again and again.

Ranveer often adopts a ‘fusion’ look. Ranveer’s style is a way of blending fashion brands that are considered to be feminine into his masculinity. Earlier, when Ranveer appeared in front of the cameras wearing a skirt, the same issue came up for discussion. His wife and actress Deepika is often a big supporter of Ranveer’s fashion experiments.

In any case, the Trolls did not leave Ranveer alone this time. They create a variety of trolls using Ranveer’s new images.

Fashion statements often arouse curiosity and humor about ordinary people. These kind of trolls are the celebration of this. But in reality in the fashion world such experiments are always acceptable and noticeable.