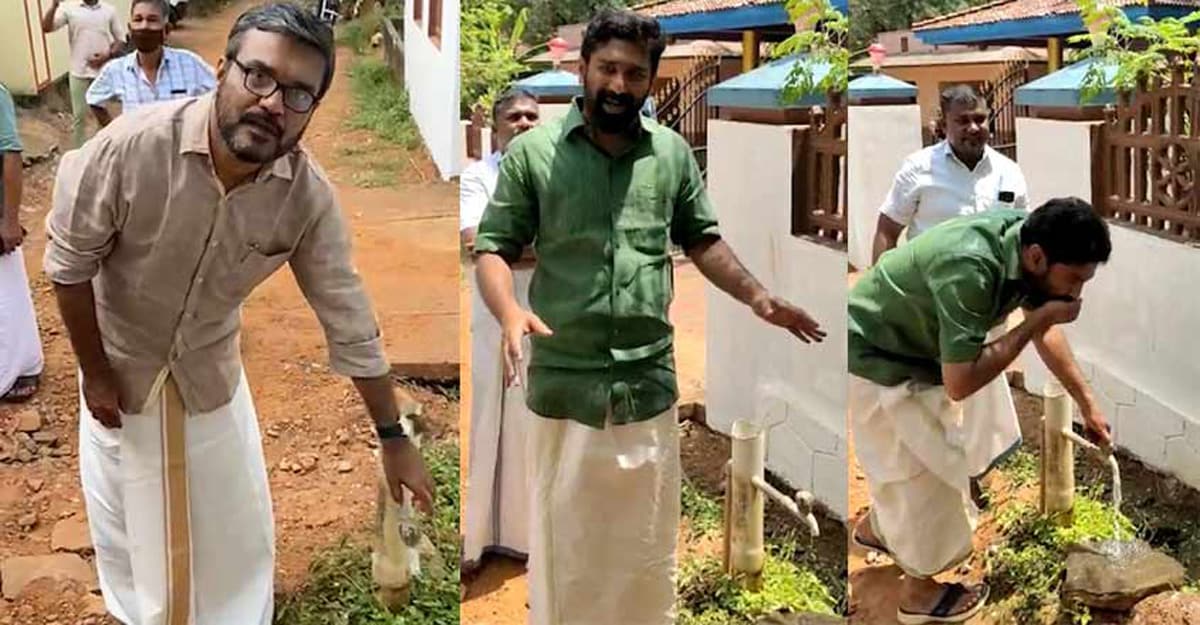 LDF candidate MB clarified that there is no drinking water in Kasamukku in Pattithara panchayath in Palakkad ∙ Trithala. Rajesh’s video. Trithala MLA VT later retorted that the video was fake. Balram. MBRajesh’s video shows a pipe being opened in front of a house to show that the country is in a drinking water crisis and only air is coming out of it. This video was taken over and viralized by LDF centers.

Noticing this, Balram arrived at the same place. The pipe was opened by an elderly woman named Pathumma, a local resident. Balram says the fake propaganda is about digging the water out of it with his hands. Balram said in the video that the problem was solved by laying a pipeline in the area where the drinking water crisis took place and that funds had been allocated to pipe another 250 meters here.

As the UDF centers circulated another video, the drinking water war intensified in the constituency. With this, there are many interpretations for discussion on social media. In any case, people come looking for the star pipe to know the truth. A similar controversy erupted in Azhikode constituency during the last election. The discussion that day was to go down to the well and test the drinking water. Balram ends the video by advising Rajesh not to be misled like this. He later shared a troll on Facebook pointing out the issue.