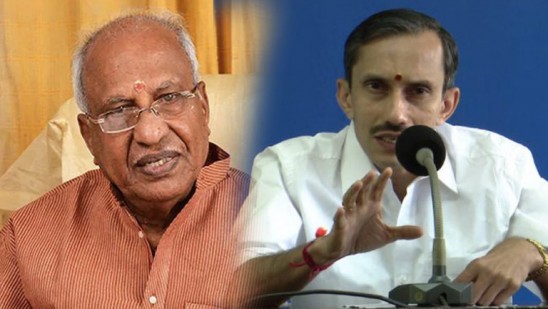 O Rajagopal and MT Ramesh again cut off the leadership in the group fight in the BJP state unit. O Rajagopal’s support for the resolution passed by the Assembly against the Centre’s agricultural laws did not shake the leadership.

In an interview to a private channel, MT Ramesh’s publicity stance against the state leadership was also a headache for the official party. In an interview with Ramesh Channel, he said that Surendran’s campaign against the LDF government, which focused on gold smuggling, was the reason for the election defeat.

Even Sobha Surendran, who has been criticizing the leadership for some time, has not responded so publicly. Ramesh spoke on the channel, fully supporting Sobha Surendran and rejecting Surendran’s stand. The issues raised by Sobha Surendran still exist. MT Ramesh’s open statement that they should be resolved completely refutes Surendran’s position that there are no problems. Ramesh said that he was of the view that Kummanam Rajasekharan and Sreedharan Pillai should do political work in Kerala. Ramesh also criticized the PM for pushing back leaders, including Velayudhan, in the name of generational change. Ramesh’s revelation that there are some problems in the state BJP is exacerbating the problem of dissent in the Sangh Parivar.

BJP state president K Surendran did not respond to O Rajagopal MLA’s support for the resolution presented by the Chief Minister in the Assembly against the Central Government’s agricultural laws. The news that Rajagopal was in favor of the resolution came during a press conference at the Thodupuzha Press Club. However, Surendran’s answer to the questions was that he did not know what had happened and would respond after understanding the facts.