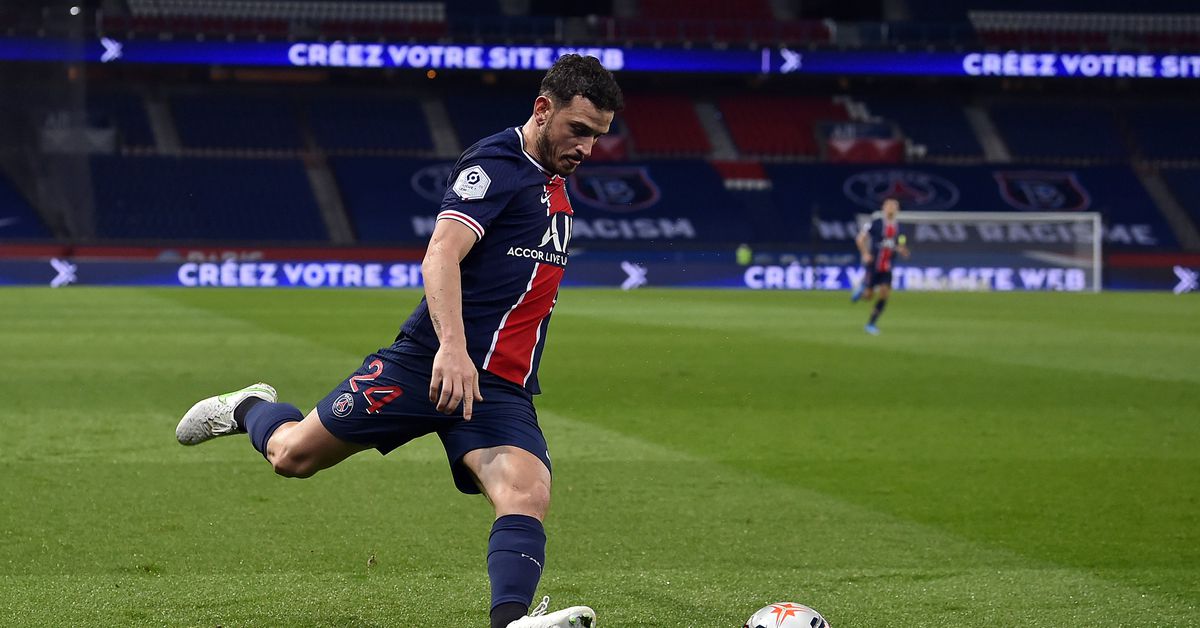 Only two days away from Bayern Munich against Paris Saint-Germain in the first leg of the Champions League quarter-finals, the French champions suffered yet another setback. Italian right-back Alessandro Florenzi has tested positive for Covid-19, which means he will not be able to participate in the game against Bayern.

With Robert Lewandowski ruled out on the Bayern side and Marco Verratti already ruled out for the Parisians, this quarter-final match is starting to give the impression that it will take place more of a whimper than a bang. Here is the official confirmation of Florenzi’s diagnosis:

He will enforce isolation and is subject to the appropriate health protocol. As a reminder, the player had been in isolation for a few days as a precaution.

He will therefore respect isolation and will be subject to the appropriate health protocol. As a reminder, the player had been in isolation for a few days as a precaution.

It’s good to read that the player was already isolated, as the chance that he may have infected other team members is pretty slim. You don’t want the tie to be overturned due to a virus outbreak – it would derail both teams’ UCL campaigns.

For Mauricio Pocchetino, losing his first-choice right-back to Florenzi will be a big blow, especially as Bayern Munich like to play on the wings. From Bayern’s point of view, the absence hardly serves to even the playing field, given that the Bavarians will be Lewandowski-less as the entire South American contingent at PSG enter the game fresh and well-rested.

Of course, tactical considerations aside, it’s always a shame that a player is left out of a great game like this due to an illness. We wish Florenzi a speedy recovery and hope that neither side suffers further setbacks before the start of the game.