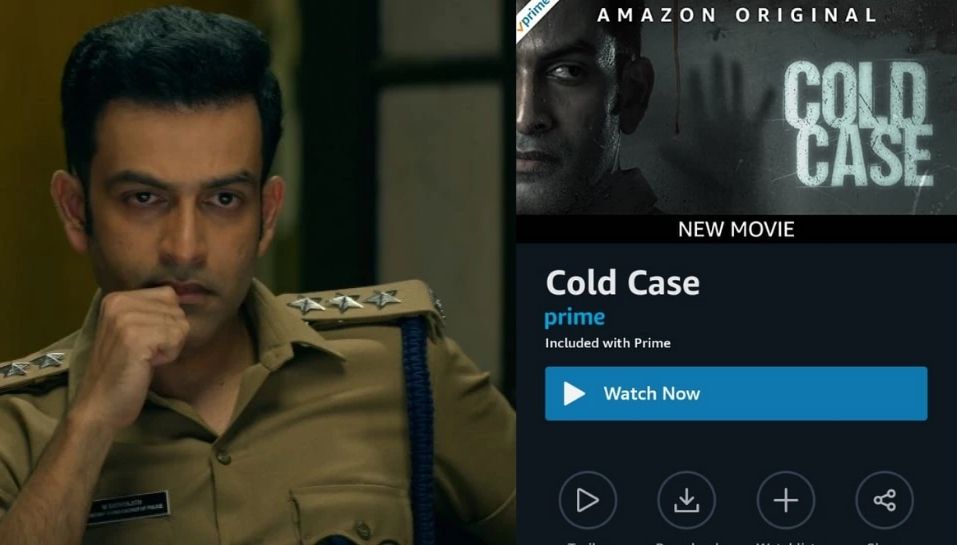 Prithviraj will be seen in the film as an IPS officer who is investigating a horror case. The film is not only a crime thriller but also has a horror background.

Prithviraj will be seen in a police role after the films Mumbai Police and Memories. The heroine of the Tamil movie Aruvi fame is Aditi Balan. The late actor without both Anil Nedumangad, Lakshmi Priya Chandramouli, Bollywood actress Suchitra Pillai and Atmia will play the lead roles in the film.

ALSO READ: Cold Case: Not just a crime thriller, Cold Case is a little scary; The teaser of Prithviraj movie has come out

The first film to be directed by cinematographer Thanu Balak with Anto Joseph under the banner of Plan J Studio And Jomon T. John Produced by Shameer Mohammad. The camera of the film is handled by Girish Gangadharan and Jomon. The film is scripted by Srinath V Nath.

The lockdown was announced following Kovid as he waited for the theatrical release of Cold Case to finish filming. Cold Case and Malik, whose release has since been postponed, announced yesterday that producer Anto Joseph is gearing up for an OTD release.