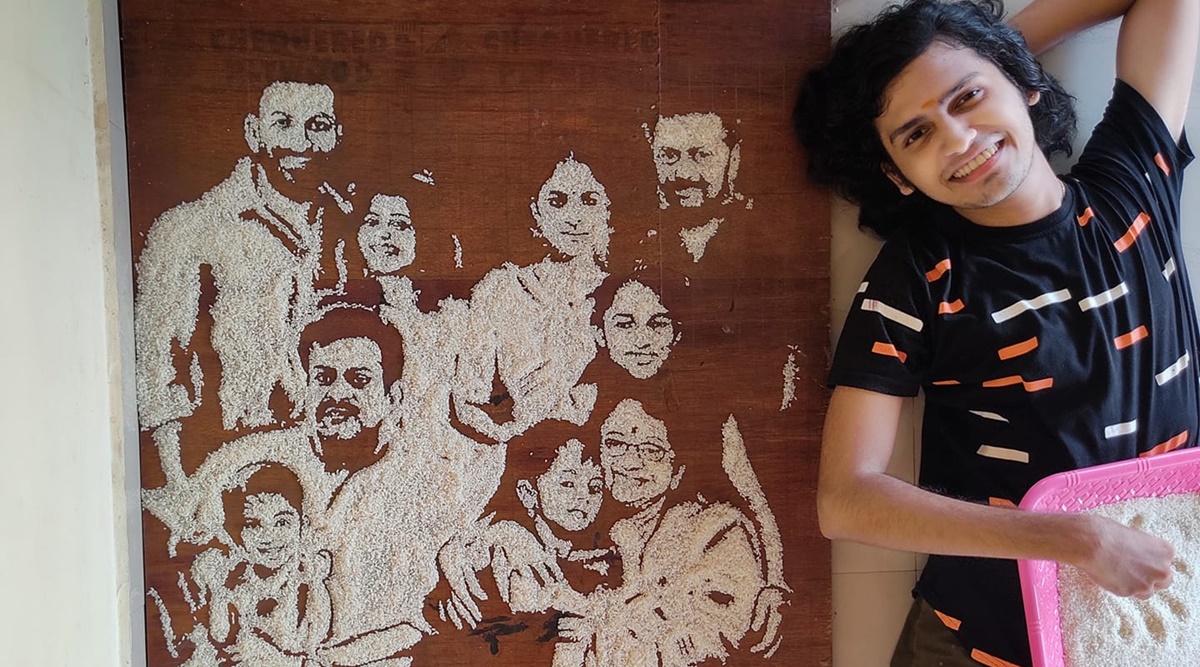 Sreeraj completed the film in five days with 6 hours each

Prithviraj, Indrajith, Mallika Sukumaran, Poornima, Supriya and their children are smiling. A beautiful family photo is now catching the attention of social media. The film manages to entertain as well as inform. The artist did not use any pen, pencil or color for this painting, but instead painted with inlays. Sreeraj, a native of Kottayam, is behind these films.

Sreeraj says that he came up with the idea when he saw the rice in the sun and completed the film in five days, spending 6 hours each. Sreeraj said that the biggest challenge for the film was the ants. “Every day when you lift, one by one the ants may have taken away what was drawn the day before. Then we have to draw again, ”says Sreeraj.

Anyway, Sreeraj’s picture has already caught the attention of social media. Earlier, Sreeraj had completed a picture of Jayasurya with arimani.