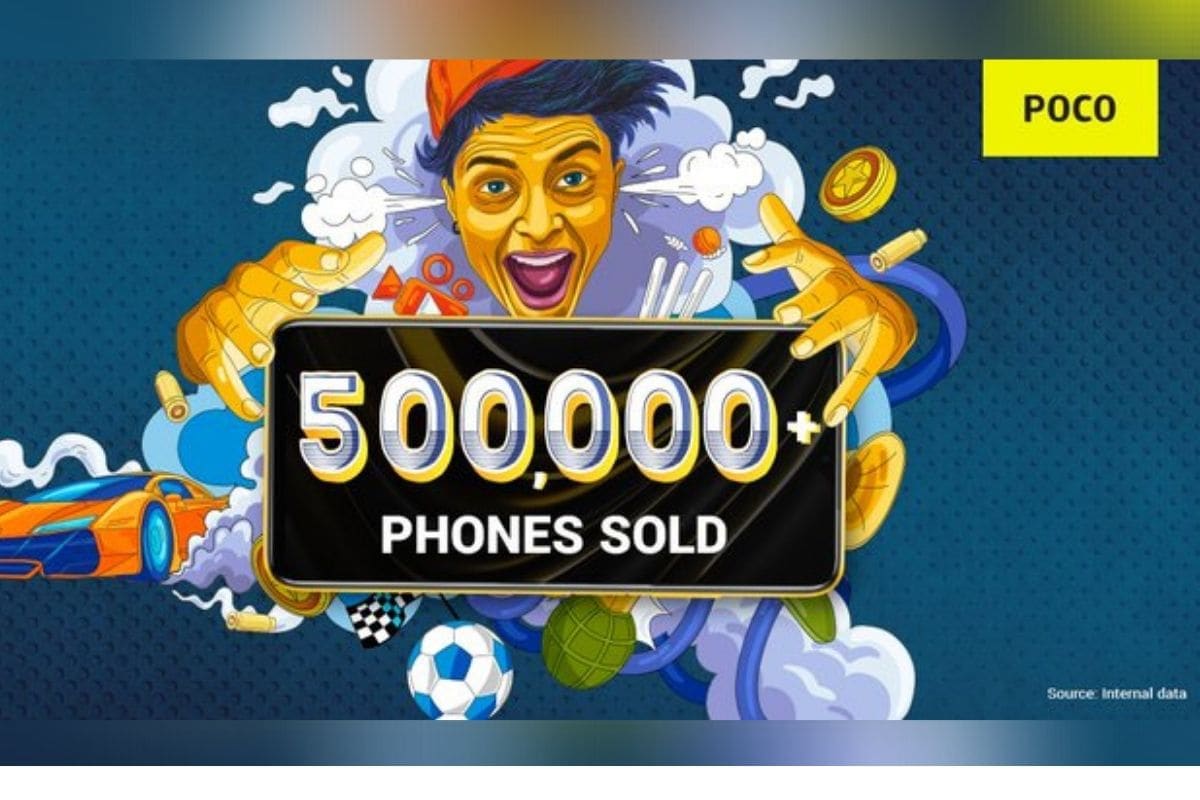 Poco India announced that the company sold more than 5 lakh units of Poco M3 in the first month of its online sales on Flipkart. Notably, the Chinese tech company claimed that more than 1.5 lakh of the phone was sold through the e-commerce platform during the first sale on February 9. The Poco M3 debuted in India as the successor to the popular Poco M2 smartphone on February 2. Its yellow option will go on sale again on March 29, during Holi, at 12 p.m. (noon) on Flipkart. Customers can purchase the device with sales offers such as 5% cashback with Flipkart Axis Bank credit card, EMI free of charge at Rs 1,834 per month and a trade-in offer worth Rs 10,999 .

In terms of specs, the Poco M3 sports a 6.53-inch Full HD + display (1080 × 2340 pixels) with a screen-to-body ratio of 90.34%. It is powered by the Qualcomm Snapdragon 662 octa-core SoC accompanied by an Adreno 610 GPU and 6 GB of LPDDR4x RAM. The phone also packs up to 128GB of storage and runs MIUI based on Android 10 out of the box. In addition, the internal storage is expandable via a microSD card up to 512 GB. Its triple rear camera configuration houses a 48 megapixel main sensor with an f / 1.79 lens, a secondary 2 megapixel sensor with a macro lens. f / 2.4 and a 2 megapixel depth sensor with an f / 2.4 lens. Up front there is an 8-megapixel shooter housed in the notch of the waterdrop. Notably, the rear cameras support modes such as Document mode, Night mode, AI scene detection, Google Lens, AI Beautify, portrait mode and more. Other features of the Poco M3 include 4G LTE, Wi-Fi, Bluetooth, GPS / A-GPS, and a 3.5mm headphone jack.

Thanks for the amazing response! pic.twitter.com/1EqSREk4Pt