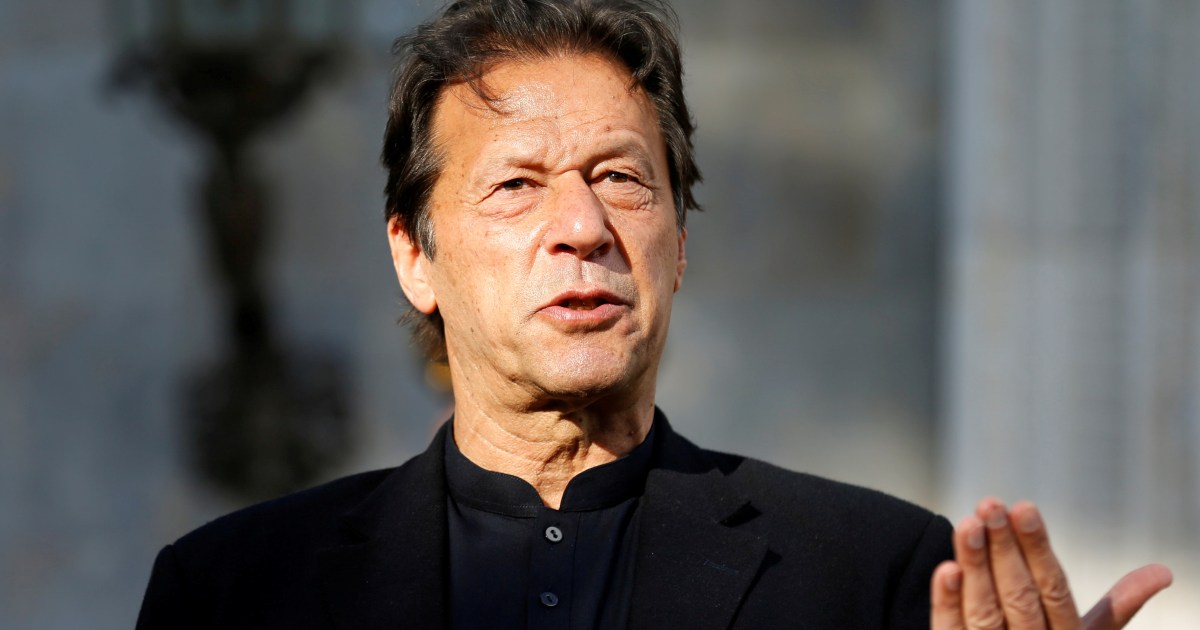 Imran Khan obtained 178 votes against the 172 necessary to win a vote of confidence, announced the Speaker of the House.

Islamabad, Pakistan – Pakistani Prime Minister Imran Khan won a vote of confidence he demanded in the lower house of parliament, following a surprise electoral defeat in a Senate seat earlier this week.

Khan is the leader of Pakistan’s Tehreek-e-Insaf party, which heads a ruling coalition, and was elected to power in a general election in 2018.

The Pakistani Democratic Movement (PDM), made up of 10 opposition parties, announced on Friday that it would boycott the vote, and the opposition benches were almost entirely deserted throughout Saturday’s proceedings.

Mohsin Dawar, independent candidate and leader of the Pashtun Tahaffuz Movement (PTM) rights group, was the only opposition member present in the house during the vote.

The vote will help strengthen Khan’s grip on power, after his finance minister, Abdul Hafeez Shaikh, was defeated to opposition Yusuf Raza Gilani in a Senate race on Wednesday.

Speaking at home after the vote, a provocative Khan attacked the opposition for alleged corruption and called on the Election Commission to investigate the Senate race, including taking “a secret briefing from Pakistan.” [intelligence] agencies ”.

While Khan’s PTI made gains in the Senate elections for 48 members of the upper house of 100 members of parliament on Wednesday, Shaikh’s defeat in the race was seen as a blow to his power, as this vote also took place in the National Assembly.

Pakistani senators are elected for staggered terms of six years by members of the country’s provincial assemblies and the National Assembly.

The process, conducted by secret ballot, has long been marred by allegations of vote-buying, with the results often running counter to party voting policies.

This week, the Supreme Court overturned a government order requiring voting to take place by open and public ballot.

Following the Senate elections, an angry Khan accused the opposition of engaging in corrupt practices in order to pressure him to grant them amnesty as part of his anti-corruption campaign. government.

In an address to the nation on Thursday, Khan said the opposition had “bought” the votes of members of his ruling party or allies in order to win Gilani’s seat in the Senate.

“The reason for [the secret ballot] was that they had planned that this election of Hafeez Shaikh and Yusuf Raza Gilani, they wanted to spend their money on it, make every effort to try to buy our parliamentarians [to win],” he said.

“And it was to show that somehow Imran Khan lost his majority.” [in parliament]. The next step was to bring a vote of no confidence … the real reason was to use a vote of confidence like a sword over my head to blackmail me into giving them [amnesty]. “

Instead, Khan’s party requested Saturday’s vote of confidence on its own initiative, with the motion introduced by Foreign Minister and top party leader Shah Mehmood Qureshi on Saturday.

Video footage showed scuffles between party leaders and a crowd of Khan’s supporters, who surrounded them shortly after starting to speak.