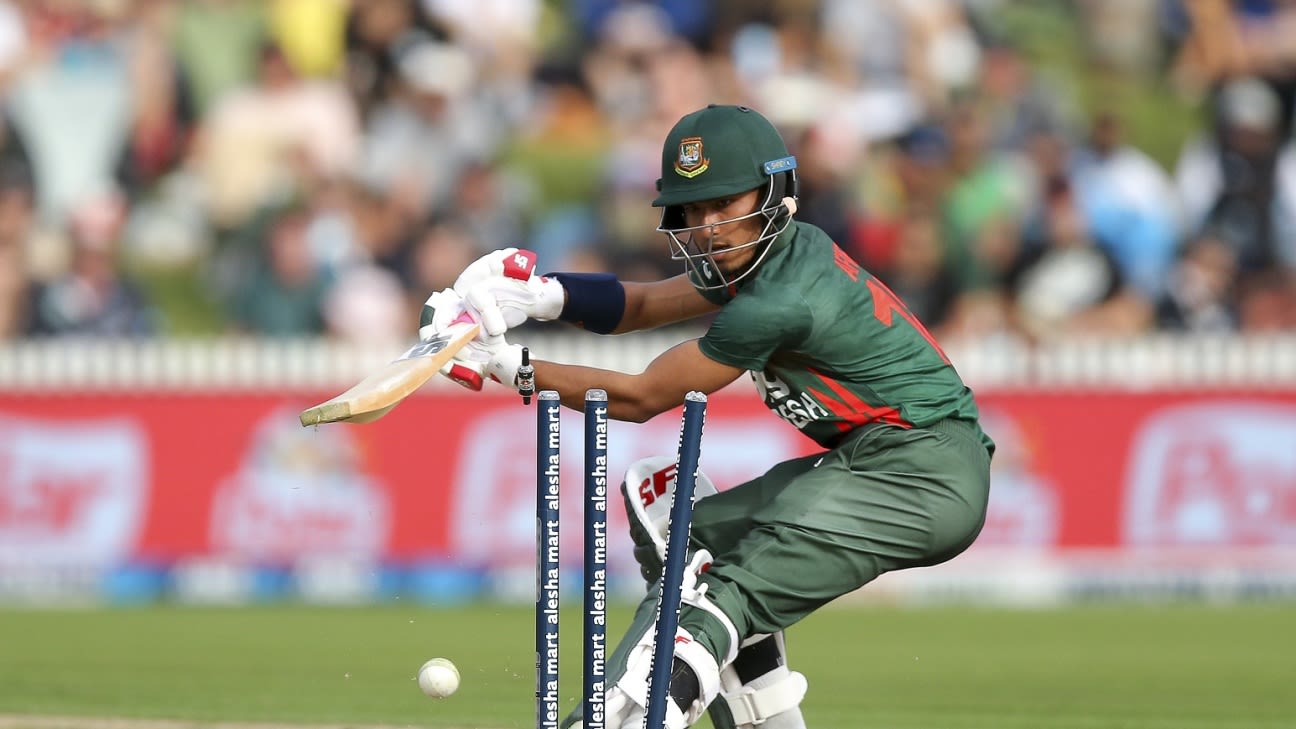 If Bangladesh gave a glimpse of its international future on Sunday, fans are probably better off looking away. In their first game without Tamim Iqbal, Mushfiqur Rahim and Shakib Al Hasan in over 14 years, they crashed in a big loss to a confident New Zealand side.

Two of those absent – Shakib and Iqbal – were out of Bangladesh’s plans well in advance. Shakib did not come on this tour as Iqbal was only available for ODIs. Rahim withdrew due to multiple injuries to his left shoulder and finger, sustained during the third ODI a few days ago. Ultimately, it’s up to Captain Mahmudullah to rally the young team around him.

In the case of these three players, it wasn’t just the number of years or games they played that Bangladesh missed. Bangladesh have experienced midrange cricketers in Soumya Sarkar, Liton Das and Mustafizur Rahman, but their impact on the pitch is dwarf compared to the Big Three. Although they have played for at least the past six years, they haven’t stepped up to take on more central or senior roles in the squad, a factor that came to the fore in this game.

The lack of experience on the ground meant that Bangladesh was subjected to a rather severe reality test. Their black hole in the planning of the T20I – a series of bad overs with the ball and a collapsing at bat – came back to haunt them. New Zealand have scored 101 points in the last seven passes, with none of the passes for less than 10 points. Bangladesh just didn’t know how to contain the big hitters, and continued to add to their own misery by bowling three or four boundary balls each time during this time.

They also did not help their cause with the bat. When Mohammad Naim fell to Lockie Ferguson after a 27 rapid fire, Bangladesh went into free fall, as it often does whenever it loses momentum. On Sunday, they lost five wickets for 20 races in the space of 22 balls; Ish Sodhi won four in his first 11 balls.

Allowing a team to dominate more than five times in a T20 is like giving up the game altogether, and Bangladesh paid the price. Their continued inability to handle legspin and big, high-level shots has been poorly exhibited. Sodhi recently had a series player performance in the T20Is against Australia, but more than his confidence it was his simple plan to play subtle variations in the strain level that ravaged the batsmen of Bangladesh.

Sodhi had Sarkar caught and bowled, while eliminating Mohammad Mithun, Mahmudullah, and Mahedi Hasan. The lack of legspin in the Bangladesh Cricket Dictionary means they are always caught off guard by the ever-changing nuances of the art.

Bangladesh bowling suffered from a similar gap in their understanding of the big-hit, as they barely face such things in domestic T20 competitions. On good courts that even have rebounds and shorter limits, bowling often comes off against the big hitters.

The only area where Bangladesh seemed to have made a slight improvement was their intensity during the field trip, but it also didn’t last for the 20 overs. There was the weird diving over the ball or not running hard for a catch.

Sometimes young teams tend to pick themselves up on fast pitches or good holds. If Bangladesh had somehow scored a victory today, bowled well in the last seven overs and found a way to tackle Sodhi, they could have made a real statement of intent. As it is, now they have to find a way to collect the coins without their top three players helping them.