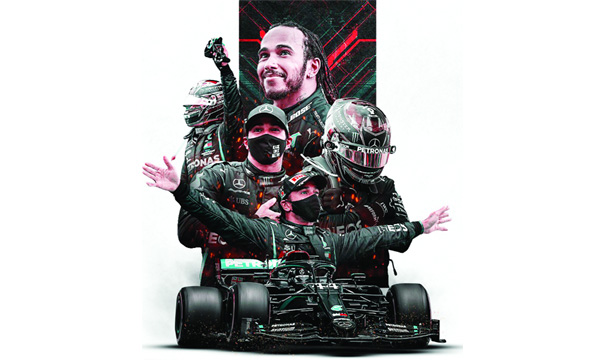 London: Seven-time world champion British driver Lewis Hamilton has been crowned Lord of the Rings in the Formula One Grand Prix. Hamilton was promoted to the rank of ‘Sir’ after Michael Schumacher’s record of seven World Cups.

Hamilton also broke Schumacher’s record of 91 wins on the racing track. Hamilton enters the New Year with a total of 95 wins in his career. Hamilton is the second Formula One player to succeed Lord Jackie Stuart, Stirling Moss, Frank Williams, Patrick Head and Jack Brabham. The 35-year-old Hamilton is the youngest Formula One player to win the title. Hamilton also holds the record for most pole positions (98). Hamilton has won six world titles for Mercedes-Benz. In 2008, he won his first world championship for McLaren.

Queen Elizabeth II was honored with membership of the Most Excellent Order. Hamilton is the fourth youngest athlete to receive the title of Sir. Wimbledon Tennis Grand Slam champion Andy Murray has taken over at the age of 29. Cycling stars Bradley Wiggins and Chris Hoe took over at the age of 32.