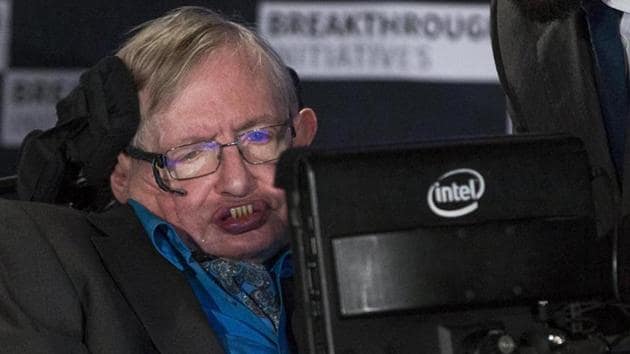 There was absolutely nothing before the Big Bang, according to British physicist Stephen Hawking, who explained what happened before our universe existed.

The Big Bang Theory proposes that a tiny grain of matter and energy began to grow, causing our universe to be born about the universe billions of years ago.

However, scientists are intrigued by what existed before “the explosion” when there was supposed to be nothing.

“There was nothing around before the Big, Big Bang,” Hawking said.

His theory is based on the assumption that the universe has no borders.

“The boundary condition of the universe … is that it has no borders,” Hawking told physicist Neil deGrasse Tyson on the National Geographic Channel’s “Star Talk” show.

The Big Bang Theory holds that the universe in retrospect can shrink to the size of an extremely small “subatomic ball” known as a singularity.

According to Hawking, the laws of physics and time cease to function inside this tiny particle of heat and energy.

Ordinary real time as we now know it shrinks to infinity as the universe gets smaller and smaller but never reaches a definable starting point.

Hawking argued that before the Big Bang, real ordinary time was replaced by imaginary time and was in a curved form, the state-run Xinhua News Agency reported.

“It always came close to nothing but became nothing,” said Hawking.

To help people better understand the abstract and confusing state, the physicist made an analogy between distorted time with the ancient Greek philosopher Euclid’s space-time theory, an endless closed surface.

“We can look at imaginary and real time from the South Pole. There is nothing south of the South Pole, so there was nothing around before the Big Bang, ”Hawking said.

“There has never been a Big Bang that produced something out of nothing. It seemed fair from a human point of view, ”said Hawking.

He said much of what we believe is derived from a human-centered perspective, which could limit the scope of human knowledge of the world.