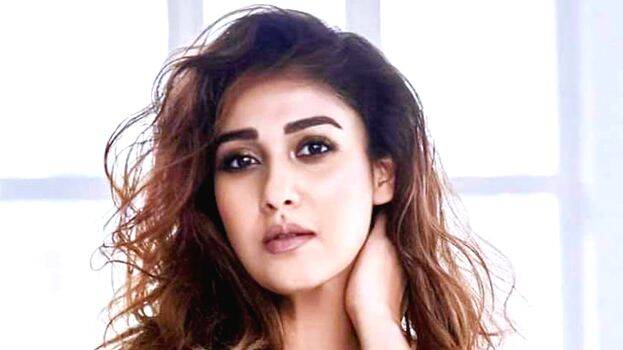 As the heroine of Shah Rukh Khan

Lady Superstar Nayanthara in South Indian Cinema
Bollywood is getting ready for its debut. Nines makes her Bollywood debut as the heroine of King Khan Shah Rukh Khan.
Nayanthara is being portrayed in Bollywood by a young Tamil director, Athali. Nayanthara was the heroine in Rajarani, which was started by Attlee as a director. Nines also starred in Attlee’s Bigelow as the hitmaker, starring Vijay in three films, Teri, Mersal and Bigil.

Nayanthara is one of the highest paid actresses in South India today. Even when acting in Malayalam, the actress gets a reward that no other heroine can dream of.

Nines had earlier sought several opportunities from Bollywood but turned them down due to the rush in South Indian cinemas.

Nayanthara’s experience working with Attlee in two films and her role as Shah Rukh Khan prompted her to take up the role.

Shah Rukh Khan, who has been out of acting for a long time due to the heavy failure of Zero, has been in touch with many South Indian directors for different stories. Shah Rukh Khan was the only one who was attracted to the story told by Atuli. The film, which has been under discussion for two years, is scheduled to start shooting in December.

Shah Rukh Khan is currently starring in Pathan. Directed by Siddharth Anand, the film is expected to take another month or two to complete, but Shah Rukh Khan has postponed his release from August to December.

There are hints that Shah Rukh Khan will be seen in a double role in Attlee’s film.

Nayanthara, who has completed her role as Rajinikanth in Anna, is all set to complete her Tamil film Kathuvakkula Rand Kathal directed by her partner Vighnesh Sivan. The film is being produced by Nines and Vighnesh Sivan under the banner of Rowdy Pictures. Vijay Sethupathi and Samantha are the other important actors in the film.

Nayanthara is also the heroine in the Telugu remake of Lucifer directed by Mohan Raja starring Chiranjeevi.