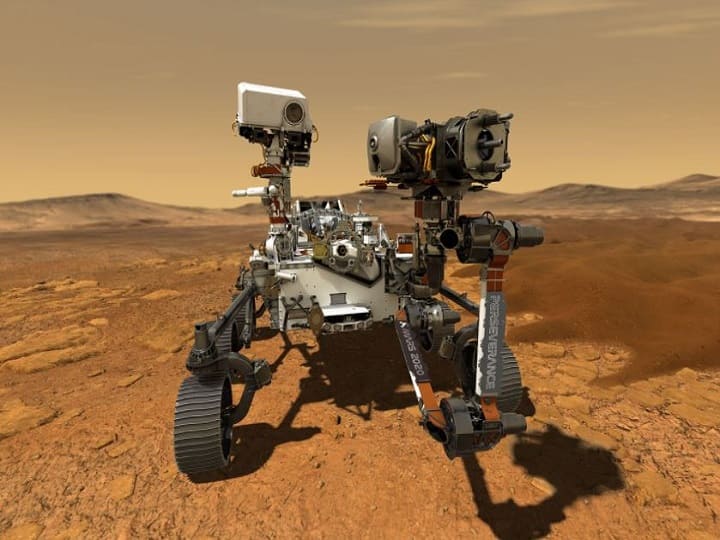 New Delhi: The Perseverance rover, NASA’s six-wheeled autonomous robot on Mars, is preparing to embark on a trip above a crater in search of traces of ancient life, the US space agency said on Friday.

The rover will ride through the landscape using a dramatically improved automatic navigation system at a top speed of 120 meters per second. This improved technology, known as AutoNav, creates 3D models of the upcoming landscape, detects hazards, and traces a course around any obstructions without the need for additional guidance from controllers on Earth.

“We have an ability called ‘think while driving.’ The rover thinks about autonomous driving while its wheels are turning,” said Vandi Verma, senior engineer, rover planner and driver at NASA’s Jet Propulsion Laboratory in Southern California. .

The initial science campaign of the Perseverance rover at the bottom of the Jezero crater was supported by AutoNav, which is considered the most important feature of the rover. Team members are eager to let AutoNav drive, but will step in if necessary.

The purpose of the mission is to search for traces of life in early March if it ever took hold. The rover will collect samples over a distance of 15 kilometers before preparing them for collection by a future mission that would bring them back to Earth for study, according to NASA.

The rover also uses a method called “visual odometry” to track the distance traveled from one location to another. Perseverance takes photos as it goes, comparing one position to another to see if it has moved as far as it should have.