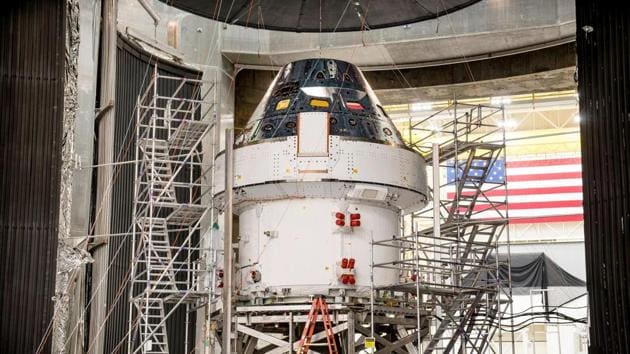 As part of its Artemis program, NASA’s ultimate goal is to place astronauts on the Moon in a lasting, long-term presence.

US space agency NASA plans to land the first woman on the moon by 2024.

With the first American woman on the moon, the next man will also set foot on the moon as part of the space agency’s Artemis program which will explore as much of the moon’s surface as possible and create lasting missions to the natural satellite of the Earth by 2028..

The lessons and experience gained from the Artemis program will serve as a springboard for the agency’s next ambitious project, to send astronauts to Mars.

The agency will use the Space Launch System (SLS) rocket for the Artemis mission. The SLS has been in development for a long time and has undergone rigorous testing to ensure that it meets NASA requirements. It strives to ensure that the SLS rocket and accompanying Orion spacecraft are safe and reliable for the difficult lunar mission.

SLS, along with NASA’s Orion spacecraft, the Human Landing System, and the Moon Orbiting Gateway, are NASA’s backbone for deep space exploration. SLS is the only rocket capable of sending Orion, astronauts and supplies to the moon in a single mission, NASA said in a statement.