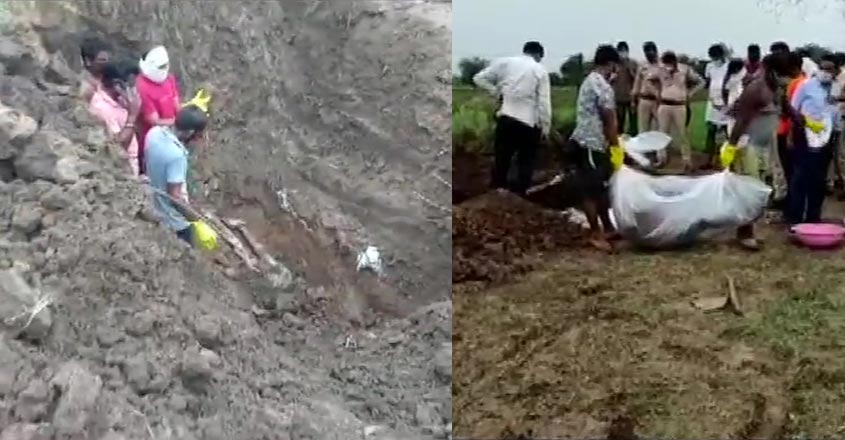 Five members of a family who went missing a month ago have been killed and buried on a farm. The quake affected Dewas district of Madhya Pradesh. The bodies were found at a depth of 10 feet in the field. It is concluded that 5 people were strangled and then buried in the pit. The bodies were all naked.

Mamata, 45, is survived by her children Rupali, 21, and Divya, 14. The bodies of their relatives and two other girls were found. On May 13, the police received a complaint that they were missing. According to police, Surendra Rajput, a youth who was associated with one of the slain girls, and his gang buried them. The arrested youth is also the owner of the house where the slain family lived.

It was dug at a depth of ten feet in the field, and after removing the clothes from the bodies of the women it was cremated. The carcass was then covered with soil after sprinkling salt and urea to decompose quickly. The decomposing bodies have now been recovered.

Police arrested six people. According to police, there are still people in the gang. The love affair between the slain Rupali and Surendra led to the massacre. According to the police, the girl caused trouble when Surendra was getting ready for another marriage. The investigation reached the accused when they checked the phone call of the woman. After interrogating them alternately, they revealed the shocking details of the murder to the police.