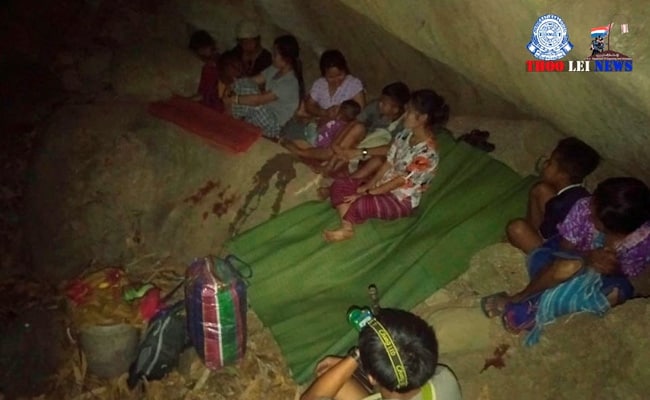 Burmese army fighter jets launched airstrikes on a village near the Thai border in territory controlled by an ethnic armed group on Saturday, the group said, as fears of a civil war grew in the region. following last month’s military coup.

The Karen National Union (KNU), the armed ethnic group that controls the southeast region, said fighter jets attacked Day Pu No in Papun district, an area held by its 5 Brigade forces. , around 8 p.m., forcing the villagers to flee.

“They shelled the area … The villagers in this area reported two dead and two injured,” civil society group spokesperson Karen Peace Support Network said, adding that communication was difficult in the remote area. and that there could be more casualties.

A junta spokesman did not respond to phone calls seeking comment.

The reported air assault was the most significant attack in years in the region. The KNU signed a ceasefire agreement in 2015, but tensions rose after the military overthrew the civilian government of Aung San Suu Kyi on February 1.

Earlier on Saturday, the KNU said forces from Brigade 5 invaded a military base, killing 10 soldiers, including a lieutenant colonel, as the junta celebrated its annual Armed Forces Day with a parade in the capital, Naypyitaw. .

The KNU says it has sheltered hundreds of people who have fled central Myanmar amid rising violence in recent weeks. Junta troops killed dozens of people on Saturday, including children, during one of the bloodiest days of protests since the coup, according to reports and witnesses.