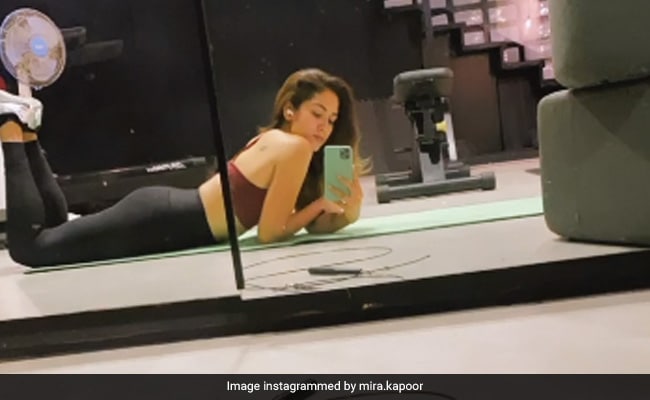 A Day in the Life of Mira Rajput will reveal that she loves to exercise. Mira, who has regularly uploaded photos of her workouts to her Instagram Stories, added another on Friday night. In the photo, Mira can be seen wearing a tank top and black sweatpants. In what appears to be a post-workout selfie, Mira can be seen posing in front of the mirror. “Have you stretched? Read Mira Rajput’s caption in the photo. She also posted a perfect selfie on her Instagram profile, adding the hashtag # sohfit21daychallenge.

Mira’s fitness programs also include yoga. On International Yoga Day, she shared this video and wrote, “You don’t have to be a yogi to do yoga! Bring your mat and some motivation and let’s go.”

Mira Rajput, a fitness enthusiast, is also an avowed “foodie” and her Instagram profile features numerous food posts. Check them:

Shahid Kapoor, son of actors Pankaj Kapur and Neelima Azeem, married Mira Rajput in July 2015. Their daughter Misha was born a year later in August. Shahid and Mira are also parents of a son named Zain, who they welcomed in 2018.

Shahid Kapoor is a star of critically acclaimed films as well as blockbuster films like Udta Punjab, Haider, Jab we met, “Padmaavat” and Ishq Vishk. His last film was the hit of 2019 Kabir singh, with Kiara Advani. The actor will next be seen in Jersey, in which he plays the role of a cricketer.