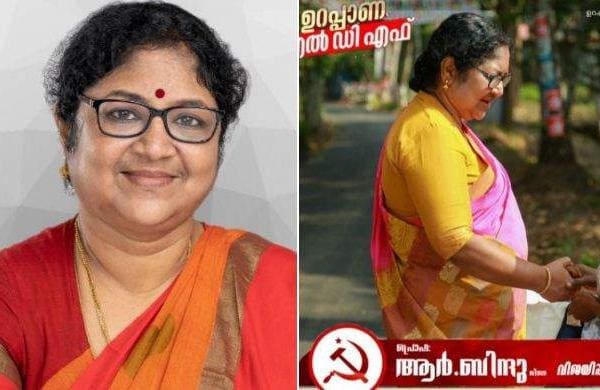 Kochi: A petition has been filed in the high court against higher education minister R Bindu. The petition seeks annulment of Bindu’s election victory. The petition was filed by Thomas Unniyadan, a UDF candidate from Iringalakuda constituency.

Bindu, who was the CPM candidate, sought the vote by adding the name of the absent professor post. This is illegal. In the petition, Thomas Unniyadan alleges that Bindu’s victory was achieved by deceiving the people.

Earlier, Bindu, a non-professor of higher education, had lodged a complaint with the Save University Campaign Committee governor against being sworn in as a professor. The oath of office was revoked in reference to the wrongful position, and the minister was asked to take the oath again before the governor.

The committee pointed out that the government itself had issued a special gazette notification correcting the mistake regarding the status of Minister Bindu. In a notification issued by the government on May 20, the name of the Minister of Higher Education was mentioned as Prof. R. Bindu. On June 8, Chief Secretary VP Joy issued an Extraordinary Gazette Notification announcing that R Bindu had been corrected.

The Minister was sworn in before the Governor under the name of Prof. R. Bindu. A teacher at Thrissur Kerala Varma College, Dr. Bindu is not a professor. The petition also said that the minister should be directed to take oath again in case the government itself has rectified the mistake through a gazette notification.