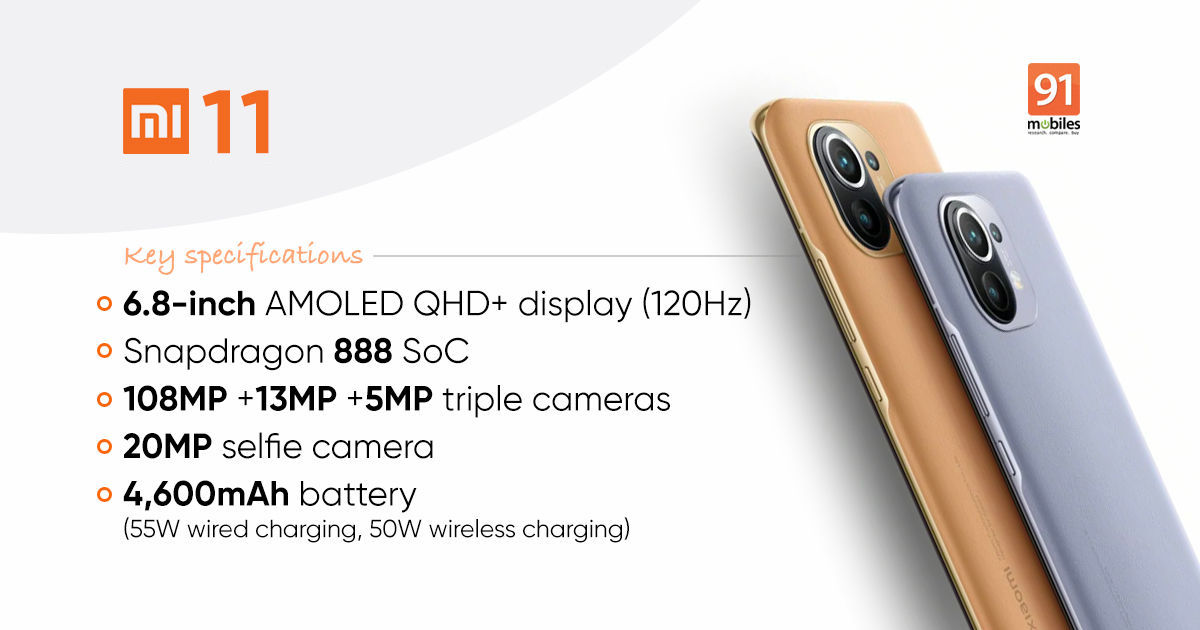 Mi 11 India launch was officially teased once, like Xiaomi tweeted an iamge saying the series is “coming soon”. The confirmation comes two months after the company’s marketing manager first spoke about the launch of the Mi 11 series in India. As a reminder, Xiaomi has planned a global launch event on March 29, where it is expected to unveil the Mi 11 Ultra, Mi 11 Lite and other products. Given this, the Mi 11 India launch date will likely be April. Xiaomi has not revealed which phones in the series will be launching in the country, although we can at least expect the Lite and standard models to arrive here. The Mi 11 was initially launched in China last December with the Snapdragon 888 chipset.

Xiaomi Mi 11 will take on the OnePlus 9 in India

The Mi 11 is powered by the Snapdragon 888 chipset and features a 108MP camera. If the company aggressively prices the phone in India, OnePlus is going to have stiff competition.

Specs for the Mi 11 include the Snapdragon 888 SoC, up to 12GB of RAM, 256GB of UFS 3.1 storage, and a triple rear camera setup with a 108-megapixel main sensor. The phone has a 6.81 inch E4 AMOLED display with QHD + resolution and 120Hz refresh rate. It comes with a 4600mAh battery that supports 55W wired charging and wireless charging. 50 W wire. It receives an integrated fingerprint scanner, a 20 megapixel selfie camera, Harman Kardon speakers, Wi-Fi 6, Bluetooth 5.2 and runs the MIUI 12.5 user interface based on Android 11.

The Mi 11 Ultra is rumored to come with a secondary display on the back and improved camera performance. We don’t have to wait long for all the details.