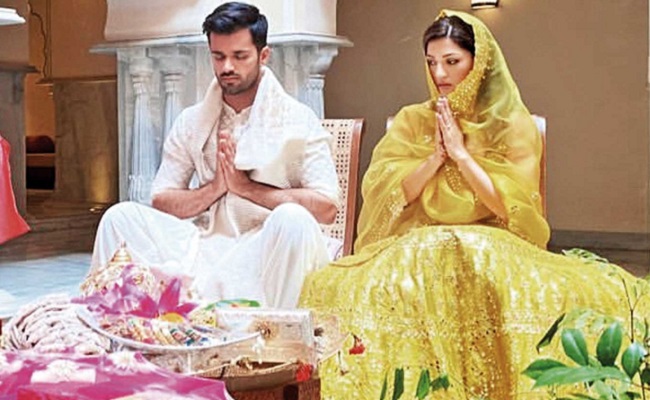 Actress Mehreen got engaged to a politician in March this year in a grand ceremony.

She and Bhavya Bhishnoi got engaged in a palace in Rajasthan, and she continued to post the engagement photos and videos until recently on Instagram.

Now she has released a statement that they have called off their wedding plans. She broke off the engagement.

“Bhavya and I have decided to end our engagement and not go ahead with the marriage. It is a decision that was made amicably and in the best interest,” she posted.

Mehreen has signed new films after breaking off her engagement. She is currently starring in Maruthi’s new film and ‘F3’.