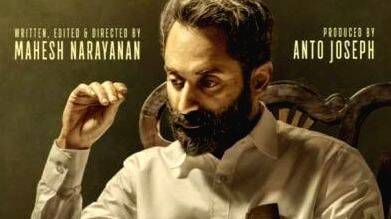 Malik, a big budget film starring Fahad Fazil, will be released on July 15 through Amazon Prime. After Take Off, the film will be directed by Mahesh Narayanan and produced by Anto Joseph under the banner of Anto Joseph Film Company. Malik plans to release the film on Eid in 2020. However, the release was in crisis as Kovid restrictions were tightened. That is how the activists were forced to release the film OTT.

Fahad Fazil will play the role of Sulaiman Malik, 55. The film also shows the characters in different periods of costumes. The film is about the life of Suleiman and his wife between the ages of 20 and 55. Fahadh shocked the audience by losing 20 kg for a film with a budget of Rs 27 crore. Also starring Dileesh Pothen, Vinay Fort, Nimisha Sajayan and Mammootty.