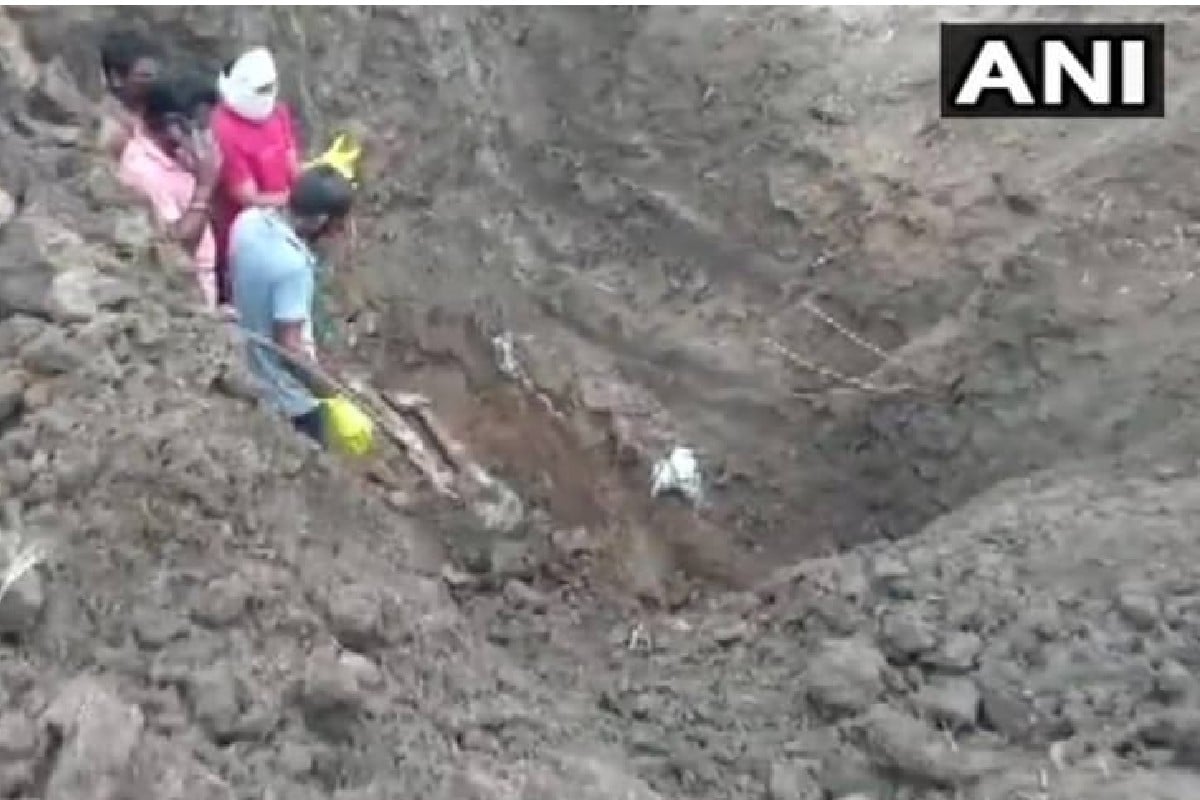 Bhopal: The bodies of five members of a family who went missing on May 13 in Madhya Pradesh have been found in a field. All five were strangled and then buried in a pit ten feet deep. The incident took place in Dewas district of Madhya Pradesh. The bodies were exhumed by the police using a bulldozer.

Mamata Bhai Kaste (45), her daughters Rupali (21), Divya (14) and cousins ​​Pooja Oswal (15) and Pawan Oswal (14) went missing from their home in Nemavar on May 13. Police had launched an investigation following a complaint that they were missing. Police said the homeowner and his accomplices were behind the murder. Police arrested the main accused Surendra Chauhan and five other accused. Police said they were still searching for seven other people involved in the incident.

All five bodies were found decomposed at a depth of 10 feet in the field. None of the bodies were clothed. According to police, the accused took off their clothes and set them on fire. Defendants covered the buried bodies with salt and urea for quick decomposition.

Also Read- Debt; Aranga family found dead in a pond on a farm

Dewas police official Shiv Dayal Singh said six people, including the main accused Surendra Chauhan, were arrested. He added that while Chauhan was planning and carrying out the assassination, five other people were helping to bury and bury the bodies.

The killers had tried to mislead the police using Rupali’s social media account while police were investigating a complaint that the family was missing. Rupali had claimed in the messages that she had married of her own free will and that her sister and two cousins, cousins ​​and mother were with her and were safe.

But police tracked down Rupali’s mobile phone and found that she was in contact with her landlord. Police questioned the homeowner and avoided questions about his relationship with the young woman. On May 13, police found that he had been in constant contact with five other people. Subsequent interrogation and investigation led to the discovery of the bodies.

Surendra Chauhan, the owner of the house, was acquainted with the family and occasionally visited their house. He had an affair with Rupali and decided to marry another woman. Upon learning of this, Rupali posted a picture of his fiance along with her phone number on social media. According to police, Surendra Chauhan killed them and buried them in a field.