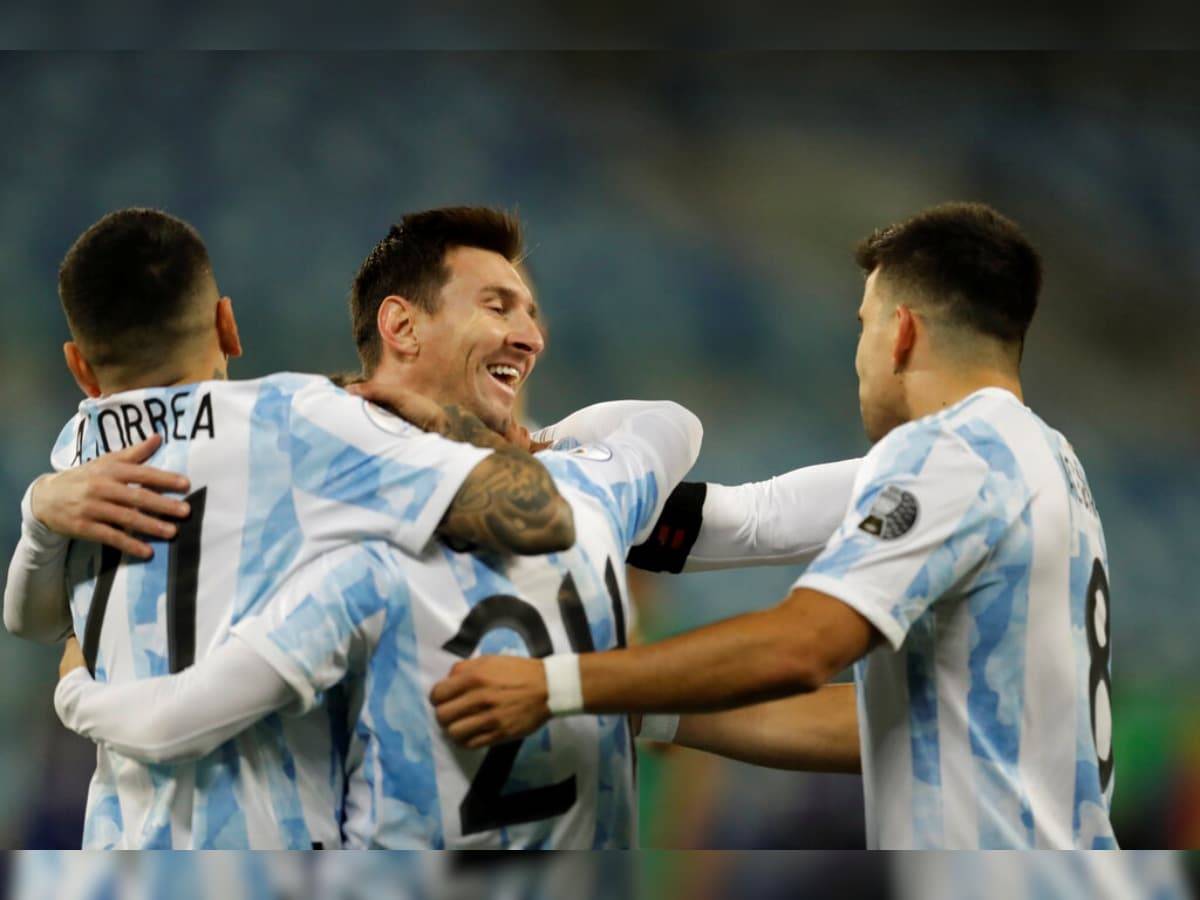 There will be two quarterfinals tomorrow morning in the Copa America. Uruguay will face Colombia in the first match at 3.30pm while Argentina will face Ecuador in the second match. The match will be played at 6.30 am. Both matches can be watched live on Sony channels. Argentina are unbeaten in the Copa del Rey. This is likely to be Messi’s last Copa America. That is why the fans have high hopes that Argentina will lift the trophy this time.

Argentina have not lost in their last 17 matches. They pocketed 10 wins and seven draws. Lionel Messi is currently the star of the tournament with three goals and two assists. Argentina qualified for the quarterfinals as Group A champions. They have won three and drawn one of the four matches they have played. Ecuador, meanwhile, are fourth in Group B. Ecuador have yet to win this tournament. Ecuador advanced to the quarterfinals after losing one match and drawing three.

Both teams have clashed in 36 games before. Argentina won 21 of them. Ecuador have won just five games. 10 matches ended in a draw. In 2019, Argentina won 6-1. When they last met in 2020, Argentina won by an unbeaten goal. Messi’s form will still be strong for Argentina today. Messi and Aguero will be on the attack today. Fans believe that the long wait for Argentina to win a trophy will end with this Copa America.

Uruguay will face Colombia in another quarterfinal today. Things will not be easy for Uruguay. The Colombian team has the strength to put up a strong challenge. The performances of senior players Luis Suarez and Edinson Cavani will be crucial for Uruguay. But so far they have not been able to live up to expectations in the tournament. Colombia, who are qualifying for the Copa America quarterfinals for the fifth time in a row, are all set to advance to the semi-finals with Cudrado, Bore, Zapata, Diaz and Davinson Sanchez. If Argentina wins today, the winner of this match will face the semis.

Since 2014, the two teams have met three times, with Uruguay winning both times. One match ended in a draw. Uruguay’s last win in a head-to-head clash in 2020 was a three-goal victory.