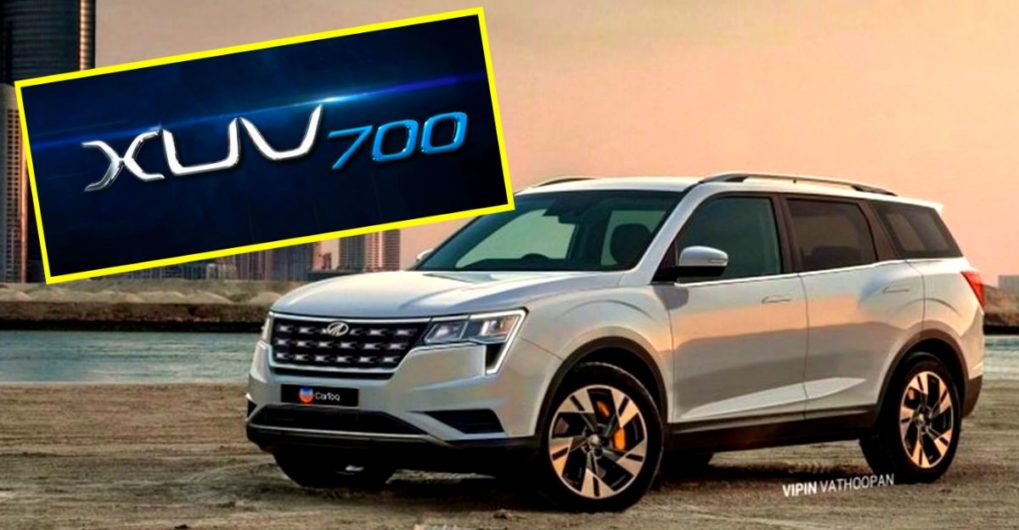 The XUV500 was a big hit in the Indian market when it was launched. The reservations for the SUV were so large that Mahindra had to create a lottery system. Now the local manufacturer is working on a new generation of SUV which goes by the code name W601. Well, now Mahindra has revealed the official name of the new SUV and it will be called the XUV 700. The XUV 700 will be launched between Q2 and Q3 of 2021. The SUV is expected to be here in the Indian market before 2021 Diwali.

The new SUV is based on a new design but carries few of the features we have seen on the current XUV500. So the aggressive design of the front and the hips on the rear wheel arches should still be there on the XUV 700. Up front there will be LED daytime running lights and LED headlights. Interestingly, the next-gen SUV was spied on with two headlights. One is a more conventional one-piece unit while the second is integrated with an L-shaped LED daytime running light. It still receives Mahindra’s vertical 6-slat grille and a large air barrier in the lower half of the bumper.

Also read: P or N for automatic cars at traffic lights? We explain for AMT, DCT, CVT and torque converter

The side profile will have flush door handles, which is a first for a vehicle in this segment. The current XUV500 was also the first SUV to feature vertical door handles which Mahindra says were inspired by Cheetah’s signature. There are also prominent wheel arches which should come with a plastic coating to emphasize the SUV quotient of the XUV 700. It also receives newly designed 5-spoke alloy rims.

The rear is quite straight with a raised brake light, LED taillights and a rear wiper with a washer. The SUV can also come with roof rails and it will come with a shark fin antenna. The SUV will be equipped with one of the largest panoramic sunroofs ever fitted in this segment. The panoramic sunroof will help let in plenty of light, ensuring the cabin doesn’t feel claustrophobic for the occupants.

The interior will also be a big step up from the current generation XUV500. It will get soft touch materials all around and come with two-tone beige and black padding. For the top variant, the steering wheel and gear lever will be wrapped in leather and there will also be leather upholstery. on offer.

The XUV500 was one of the most equipped vehicles when it was launched in the Indian market. The XUV 700 should also do the same. It will come with cruise control, automatic climate control, rear air vents, traction control, stability program, hill-hold assist, hill descent control, auto-dimming interior mirror And much more. Mahindra will use two horizontal screens as we have seen on Mercedes-Benz models. The center will be a touchscreen infotainment system that will come with Android Auto and Apple CarPlay, while the second screen will be for the driver’s digital display.

The XUV 700 is expected to be powered by the 2.0-liter mStallion gasoline engine and a 2.2-liter mHawk diesel engine. Both engines will be offered with a 6-speed manual or a 6-speed torque converter automatic. Mahindra is unlikely to offer an all-wheel-drive variant this time around. It would be enough to wait for the official announcement to confirm it.

Also read: All New Tata Safari: Can a Tall Adult Comfortably Sleep In It? (Video)