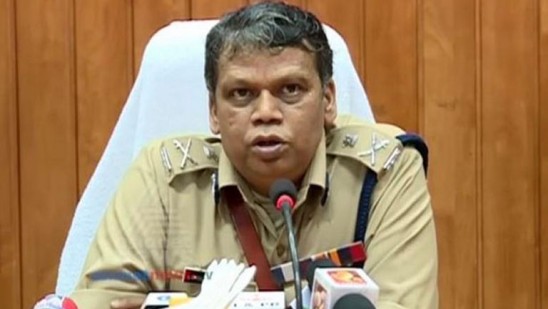 Thiruvananthapuram
State police chief Loknath Behra says recruitment to Islamic State (IS) has been thwarted in Kerala. Along with Mumbai and Delhi, Kerala is one of the destinations targeted by IS. During 2016- and 2017, they recruited some people from Kerala. Behra, who resigned on Thursday, told the media that Kerala was now safe as all subsequent efforts had been thwarted.

The level of education and IT literacy is the reason why IS is focusing on Kerala. Therefore, they may continue their recruitment efforts from Kerala. Along with enforcement, our intelligence system is strong so the police can neutralize it. All such attempts in Kerala are from outside the country. Only indirect links were found within those within Kerala. There is no regret in the incident where Maoists were killed in the firing. Police fired in self-defense. The law allows one to marry whomever one wishes. It does not matter religion or anything else. Some have used the term love jihad for political purposes. Behra also said that people of different religions should not politicize getting married.

Six lakh FIRs are registered in Kerala every year. But in UP, which has a larger population than Kerala, it is less than four lakh. But 93 percent of cases here are punishable. Even in the CBI it is 70 -–- 80 per cent‌. Out of 1400 murders in Kerala, all but 14 were proved. Sorry for not being able to find the missing Jesse.

The Kerala Police did everything it could. Behra hoped that the CBI would prove the case. He was accompanied by Pramod Kumar, Deputy Director, Police Information Center.