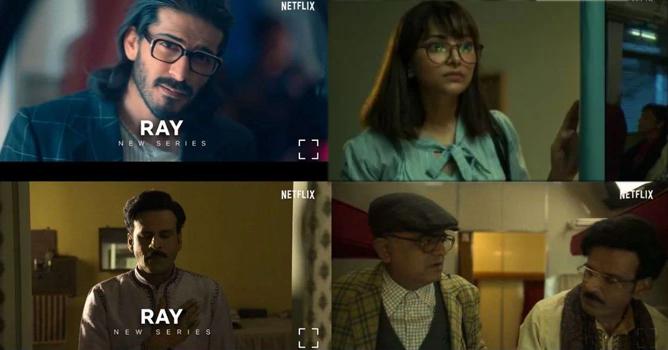 The anthology web series based on the stories of film director Satyajit Ray is gaining attention. The series is directed by Sreejith Mukherjee, Abhishek Chaubey and Vasan Bala. The series has been released on Netflix.

The screenplay is based on four short stories by Satyajit Ray based on love, deceit, lust and truth.

Ray’s teaser was released on Netflix on May 28th. Netflix also released First Look pictures. The film is set to release on the 25th of this month. The four films are titled Hungama Hai Kyam Barpa, Forget Me Not, Bahrupia and Sotlight.

The Netflix movie will not only commemorate Satyajit Ray, the creator of 36 films, including 29 feature films, 5 documentaries and 2 short films, but audiences are hoping that it will be an astonishing film when the film world remembers him as having a significant place in the history of cinema.