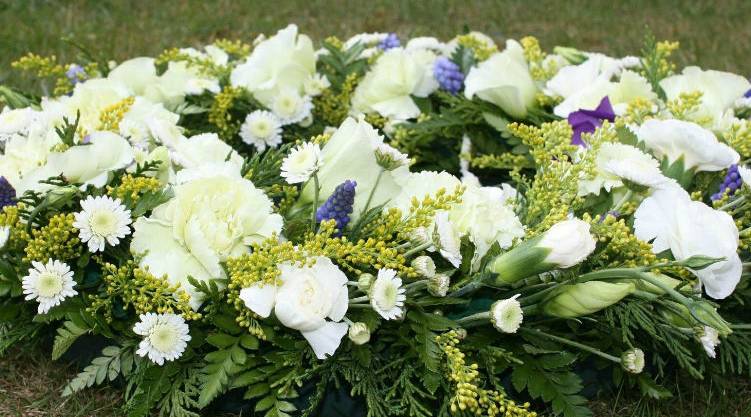 Saying goodbye to 2020 is devastating and painful. How many talents will 2020 take away from us?

Jnanpith winner Mahakavi Akkitham Achuthan Namboothiri passed away in 2020. He was 94 years old. He died on October 15 while undergoing treatment at a private hospital in Thrissur.

The departure of Malayalam mother Sugathakumari is the end of 2020. He died on December 23 while undergoing treatment at the Thiruvananthapuram Medical College Hospital. Sugathakumari’s politics was about nature and the environment. It belonged to the exploited girl. At the same time, Sugathakumari could transform herself into a winged wild bird and into a night rain.

Former Union Minister, Rajya Sabha member and Mathrubhumi Managing Director MP Veerendra Kumar resigned in 2020. When political Kerala lost a great leader, it lost a writer who could not replace Malayalam literature. The death of socialist leader, speaker and writer Veerendra Kumar was an irreparable loss to politics. He died at a private hospital in Kozhikode at the age of 83 following a heart attack.

UA Khader, the beloved writer of Malayalam, was remembered on November 12.
He had been suffering from lung cancer for a long time and was undergoing treatment at Kozhikode Starcare Hospital.

The demise of screenwriter and director Sachi has come as a shock to film lovers. He was undergoing treatment in Thrissur for a heart attack. He directed Ayyappan and Koshy and Anarkali. He wrote twelve screenplays, including Ramleela and his driving license. She made her screenwriting debut in 2007 with Shafi’s Chocolate. He quit his job as a lawyer and came to cinema. He was also active in the theater.

Malayalam film star Anil Nedumangad (48) drowned. The accident happened while bathing in the Malankara reservoir in Thodupuzha. He is a native of Nedumangad in Thiruvananthapuram district. Ayyappan and Koshy, Porinchu Mariam Jose, Paavada, Kammattipadam, I am a popular actor who has done notable roles in films like Steve Lopez, Montrothuruthu, Amy, Melvilasam and Ilayaraja. Actor Anil Nedumangad’s accidental death was while creating his own place in Malayalam cinema through his numerous characters.

Malayalam film actor. V. His real name is Chandrakumar. Kalinga Sasi, who excelled in the field of drama, won the hearts of the people with her comedic roles. Worked in the theater for twenty-five years. He first appeared on camera in 1998, having acted in over 500 plays. He made his debut in the movie ‘Thakarachenda’ in the role of an aggressor. Then, when the opportunity presented itself, he returned to the theater. Later, Ranjith returned to the silver screen with the film ‘Palerimanikyam Oru Pathirakkolapathakathinte Katha’. Later in many Malayalam films

Ravi Vallathol’s departure was one of the biggest losses in the film and mini screen scene this year. During the heyday of Doordarshan, the serial scene was full of presence. He is the nephew of the great poet Vallathol Narayana Menon. He has won the State Television Award for Best Actor. She made her acting debut in 1996 with the pampering Vaitharani on Doordarshan. The series was written by his father TN Gopinathan Nair. She has since starred in over a hundred television series.

He was an actor who made his mark in the film industry through his small serial roles. Anil Murali died while undergoing treatment for a liver ailment.
Someone who leads a life of humor and fun in friendships. In recent times, Tamil cinema has given Anil Murali strong roles. Anil Murali, who is a regular presence in superstar movies, excelled as a police character. That is what created the opportunity for other languages. He was looking for important characters in Tamil.

The demise of SPB was the biggest loss in the music world.
One of the best singers India has ever seen, SP Balasubramaniam is the SPB. It was a passion for music lovers. Many melodious songs were composed through his magical voice. In addition to being a singer, he has made a name for himself as a music director, actor, dubbing artist, serial actor, television presenter and reality show judge. He was active in the music industry until just before the Kovid plague, but his demise will forever be lost.

Irrfan Khan, one of the best actors in Indian cinema, passed away in April this year. The untimely demise of the beloved actor was received with shock by the Indian film world and fans. He died while undergoing treatment for a colon infection.
Irrfan Khan, who made his mark in Bollywood without Godfathers, was the epitome of new wave cinema in Hindi cinema.

In 2018, Irfan was diagnosed with a neuro endocrine tumor. Following this, he sought treatment abroad. She made her acting debut in Salam Bombay. Irfan’s acting career took a turn for the worse when he played the villain in the 2003 film Haasil. His roles in films like Maqbool and Life in a Metro have garnered attention and Irfan has become one of the leading actors in Indian cinema. Irfan, who is not interested in being a superstar, has acted in both parallel and commercial films. Notable are The Lunch Box, Pan Singh Tomar, Talwar, Hindi Medium, Favorite, The Day, Mumbai Mary Jan, Karwan, Madari, Life in a Metro, Peeku, Blackmail, Hyder, Yeh Sally Zindagi, Kharib Kharib Single, The Warrior. Other images

Actor, producer and director Rishi Kapoor has said goodbye to Bollywood in 2020. Rishi, the son of director and producer Raj Kapoor, one of the most popular actors of all time in Indian cinema, made his film debut in the film ‘Shree 420’ directed by his father.
He had been undergoing treatment for cancer for a long time. Rishi Kapoor’s 1973 film Bobby became a Bollywood favorite. Amar Akbar Antony, Laila Majnu, Sargam, Bol Radha Bol, Rafu Chakkar, Prem Rogue, Honeymoon and Chandni are some of the films in which Rishi Kapoor’s romantic expressions have captivated the minds of fans.

Film Art Director. Krishnamurthy has won five National Film Awards in both categories for his artistic and costume design skills. He has directed 55 films in Malayalam, Tamil, Kannada and Telugu. He won the National Award for Art Direction for his films Madhavacharya (Kannada), Oru Vadakkan Veeragatha (Malayalam) and Bharathi (Tamil). The costume design of a northern heroic tale and Bharathi also won a national award. He has directed over 15 Malayalam films including Swathi Thirunal, Vaishali, Perunthachan, Vachanam, Rajashilpi, Parinayam, Kulam and Ghazal.

The death of actor Sushant Singh Rajput in 2020 was a shocking event for Bollywood. On June 14, he was found dead in his Mumbai flat. Sushant’s death has made headlines for influencing Indian politics itself. This led to discussions that the death was mysterious and that Sushant was a victim of nepotism in the film. He passed away at the age of 34.

Chiranjeevi Sarja, a young Kannada film star, was stabbed to death this year in the form of a heart attack. Chiranjeevi is best known as the life partner of actress Meghna Raj. Meghna was four months pregnant when Chiranjeevi died. South Indian action king Arjun Sarja is the uncle of the star. Kannada superstar Dhruv Sarja is a brother.

Bollywood actor Jagdeep Jafri, one of the greatest comedians of all time, was also among the losers in 2020. He played the role of Surma Bhopali in ‘Sholay’ starring Amitabh Bachchan, Dharmendra, Hema Malini and Jaya Bachchan. His real name was Syed Ishtiaq Ahmed Jafri.

Bollywood actor and television star Asif Basra has committed suicide in the aftermath of Sushant. He was found dead in a private building in Dharamshala. Notable film is the American comedy Outsourced. Asif Basra had attracted attention by playing the role of Muthana in the Malayalam movie ‘Big Brother’ starring Mohanlal.

Parvai Muniamma, a notable actress and folk singer in South India, said goodbye to Tamil films in 2020. She made her film debut in 2003 with the super hit Dust. Muniamma sang and acted in the song “Singam Pola” which was very popular. He also acted in a notable role with Mammootty in Pokkiriraja.