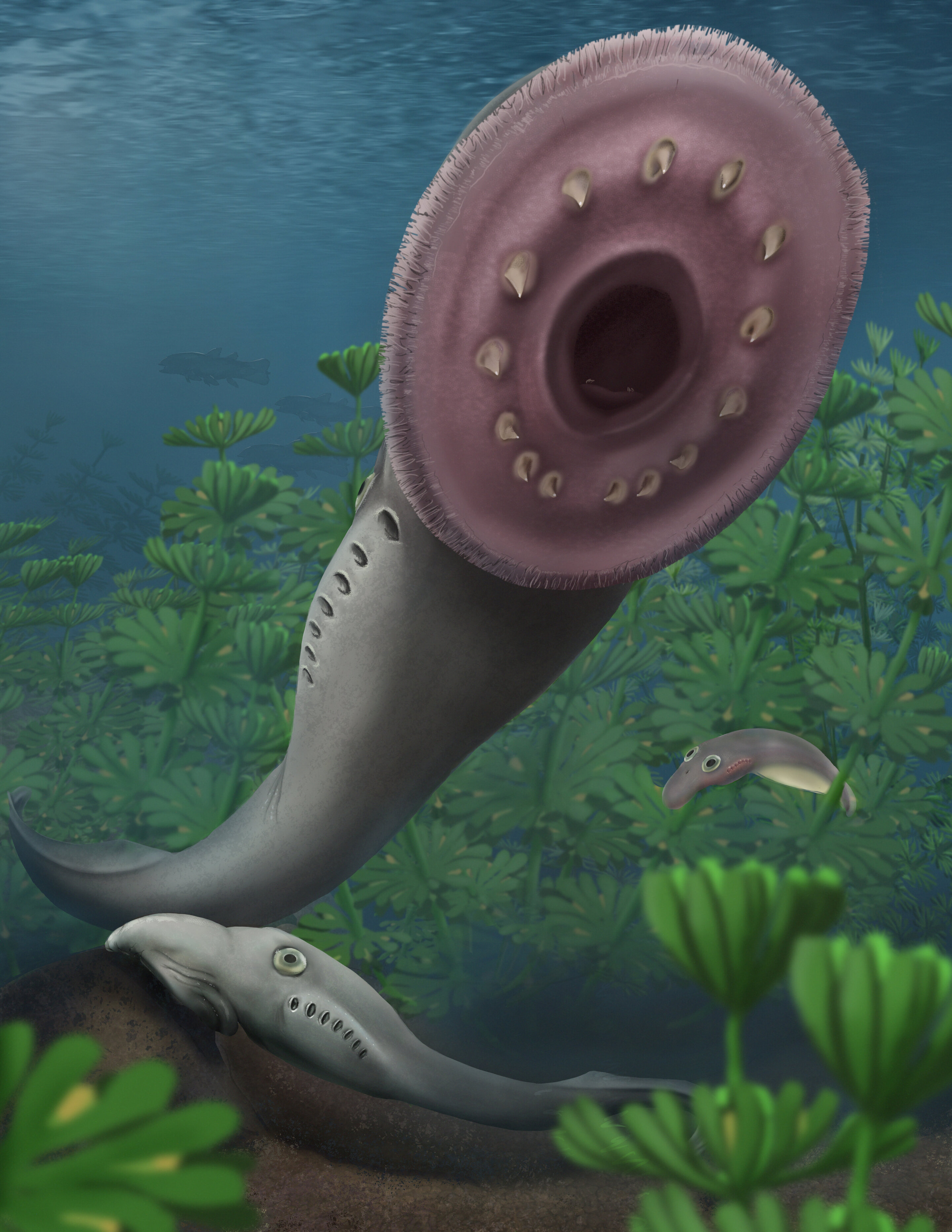 A new study from the University of Chicago, the Canadian Museum of Nature and the Albany Museum challenges a long-held hypothesis that the blind, filtering larvae of modern lampreys are a holdover from the distant past, resembling to the ancestors of all living things. vertebrates, including ourselves. New fossil finds indicate that ancient lamprey hatchlings more closely resembled modern adult lampreys, and were completely different from their modern larval counterparts. The results were published on March 10 in Nature.

Lampreys – unusual jawless, eel-like creatures – have long provided information on the evolution of vertebrates, said first author Tetsuto Miyashita, Ph.D., a former Chicago scholar at the University of Chicago and now a paleontologist at the Canadian Museum of Nature. “Lampreys have an absurd life cycle,” he said. “Once hatched, the larvae burrow into the river bed and filter their food before transforming into blood-sucking adults. They are so different from adults that scientists originally thought they were a totally different group of fish.

“Modern lamprey larvae have been used as a model of the ancestral condition that gave rise to the vertebrate lineages,” Miyashita continued. “They appeared fairly primitive, comparable to deworming invertebrates, and their qualities matched the preferred narrative of vertebrate ancestry. But we had no evidence that such a rudimentary form dates back to early vertebrate evolution.”

Newly discovered fossils in Illinois, South Africa and Montana are changing history. Connecting the dots between dozens of specimens, the research team realized that different stages of the ancient lamprey’s life cycle had been preserved, allowing paleontologists to track their growth from birth to adulthood. On some of the smaller specimens, the size of a fingernail, the soft tissue preservation even shows the remains of a yolk sac, indicating that a fossil record had captured these lampreys shortly after hatching.

Importantly, these fossilized juveniles are quite different from their modern counterparts (called “ammocoetes”), and rather resemble modern adult lampreys, with large eyes and toothed sucker mouths. More interestingly, this phenotype can be observed during the larval phase in several different species of ancient lamprey.

“Remarkably, we have enough specimens to reconstruct a trajectory from neonate to adult in several independent lines of early lamprey,” said Michael Coates, Ph.D., professor in the Department of Biology and anatomy of organisms at UChicago, “and they each exhibit the same pattern: the larval form was like a miniature adult.”

The researchers say these findings challenge the 150-year-old evolutionary narrative that modern lamprey larvae offer insight into the deep ancestral conditions of vertebrates. By demonstrating that ancient lampreys never went through the same blind filter-feeding stage as modern species, researchers have tampered with this cherished ancestral pattern.

“We basically removed the lampreys from the position of ancestral vertebrate condition,” said Miyashita. “So now we need an alternative.”

After examining the fossil record, the team now thinks that extinct armored fish known as ostracoderms may instead represent better candidates for the root of the vertebrate family tree, whereas modern lamprey larvae are one more recent innovation. The team believe that the evolution of filter larvae may have allowed lampreys to inhabit rivers and lakes. The fossil lampreys reported in the new study all came from marine sediments, but modern lampreys live primarily in freshwater.

Researchers say it’s the kind of discovery that can rewrite textbooks. “Lampreys aren’t quite the swimming time capsules we once thought,” Coates said. “They remain important and essential for understanding the deep history of vertebrate diversity, but we must also recognize that they too have evolved and specialized in their own right.”

This document is subject to copyright. Other than fair use for private study or research purposes, no part may be reproduced without written permission. The content is provided for information only.