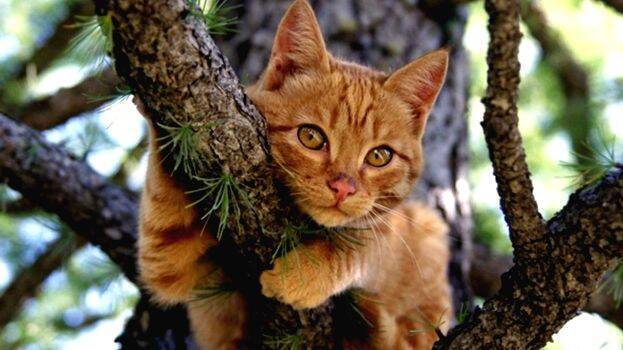 Oklahoma: What if a cat climbs a tree? See below. If the cat still does not come down, then climb the tree and lower the cat. So someone climbed a tree, but could not get down. Eventually, the fire brigade had to come down. The incident took place in Oklahoma, USA.

Locals learned of the incident when Tulsa Fire Rescuers, a private fire force in Oklahoma, shared the video on their official Facebook page. The man, who was trapped under a tree, was brought down by a team led by Captain Alan Hancock of the Oklahoma Fire Department. It is said that they used many modern tools for this purpose. An officer named James Brooks climbed the ladder to the top of the tree and finally lowered the cat and its owner.