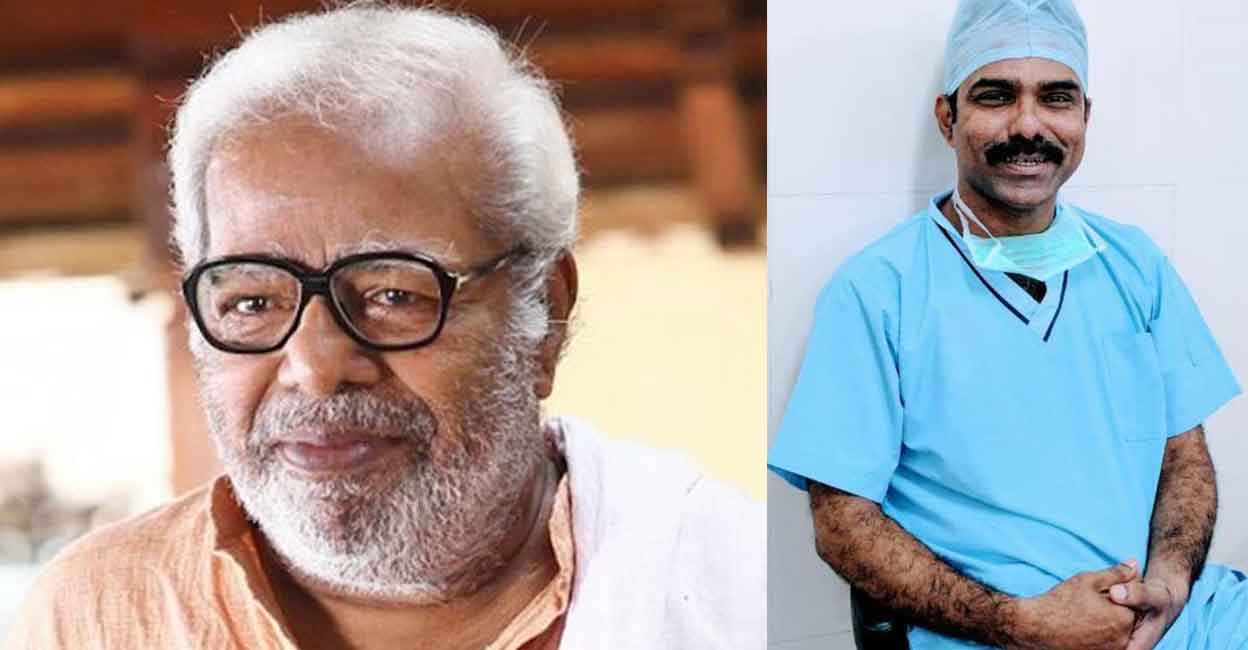 Thilakan was a unique Malayalam actor. The experience of bringing Thilakan back to life once before his death was shared by Dr. Zulfi Noah shared. This post is very relevant in this day and age of increasing attacks on doctors. Dr. Zulfi’s experience is as follows.

‘Doctors should be allowed to treat patients with courage before they die. I think this story needs to be told again in connection with Doctors Day. The story of the death of the late famous actor Thilakan at the door.

Every doctor can tell hundreds of stories like this

The story is reminiscent of some of the things that push doctors into defensive medicine or ‘self-defense therapy’.

That was many years ago. Emergency Department Night Duty. It must have been one o’clock at night. When I was in a hurry, I stabbed myself in the mobile and was present in the duty room opposite the hall in the emergency department. Suddenly there was a great commotion.

The sister ran and asked to be rushed to the emergency room. On the way there, the room was filled with a large crowd.

Ambulance and other vehicles in front of the hospital. It did not take long to identify the famous actor when he was taken out of the crowd and approached the bed where the patient was lying – Sri Thilakan.

Anaphylaxis or severe allergy when wearing makeup at a theatrical gallery associated with the famous Sharkara temple festival. Sister quickly said and stopped

The pulse is very weak. Week is not enough. BP is below recordable.

The whole body is plump. The seriousness of the matter is very precise. Sometimes the patient will escape if something is done within seconds.

The second way is to refer to any government-private hospital in the heart of the city, about 30 km away.

It takes at least 30 minutes to cover 30 km. After 30 minutes, life does not last more than 5 minutes.

Yes, death is at the door!

The practice of beating doctors was not so common in those days. That is, he probably got sick but never got hit. Life if you get it. If not a little sad.

The sisters and I jumped out of the patient. Injections and other systems and medications for about half an hour.

We saw that the pulse gradually became stronger and the BP rose to a record level.

About an hour later the danger zone was almost overcome. The famous actor left us years after that incident. If the easy way of defensive medicine had been adopted then, the next junction would not have even been reached. Not sure.

The doctor should be free to treat you when death comes to the door. It takes self-confidence. We need your support.

Doctor, the mind that says do something, give it a try! It should be.

Instead, defensive medicine is the easiest way to kill, even if life is not restored.

Do not be intimidated or afraid of being beaten. The practice of pushing such doctors into defensive medicine is rare.

This needs to change.

July 1 is Doctors’ Day. Ritual from time to time. This time many are different. A total of 1553 doctors’ lives were lost during Kovid’s 19. While trying to save the lives of the sick, death came to the door.

753 in the first wave. 800 in the second wave. We must be allowed to save lives. Do not beat in the meantime. Whether the patient dies or escapes.

That’s all there is to it.