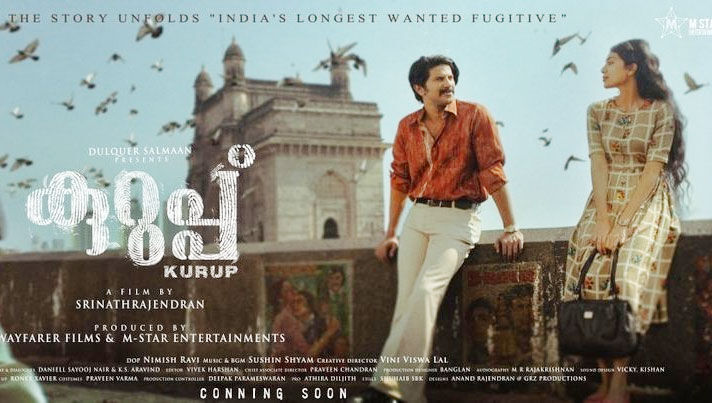 Srinath Rajendra’s latest big budget film Kurup, which came to cinema through Dulquar Salma’s debut film Second Show, is coming out in five languages. The producers intend to release it in Malayalam, Tamil, Telugu, Hindi and Kannada this year. Dulquer shared posters of the film in different languages ​​on Facebook.

Earlier, it was reported that Kurup OTT would release a record amount of money. However, today’s Dulquar’s Facebook post confirms that the film will be a theatrical release. Kurup, who completed the biggest budget of Dulquar’s career, has an investment of Rs 35 crore.

Produced by Wafer Films and M Star Entertainment, owned by Dulquer Salma. The film was shot in Kerala, Ahmedabad, Bombay, Dubai, Mangalore and Mysore for six months. 105 days were spent entirely on shooting.

Happy happy new year to all you lovely people from the entire team of Kurup Movie. Releasing across languages ​​and …

The dubbing of the film based on the life of the infamous Pitikittapulli Sukumara Kurup in Kerala has been completed. The story of Jitin K Jose is scripted and narrated by Daniel Soyuz Nair and KS Aravind. Nimish Ravi is the cinematographer and Sushin Shyam is the music director. Vini Vishwa Lal is also behind Kurup as the Creative Director. The production designer of the film is Bangla, who won the National Award for Best Production Design through the Blacksmith incident. Editing by another National Award winner Vivek Harshan.