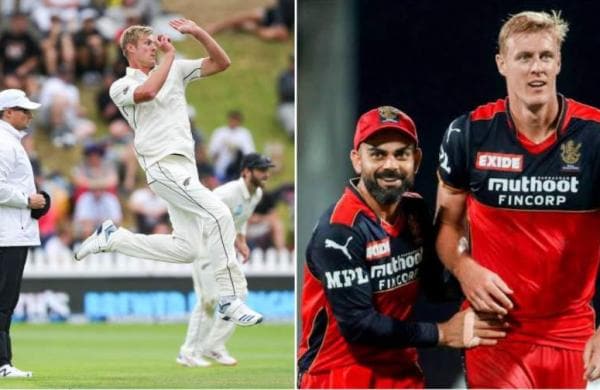 Christchurch: It has been reported that Jamieson has denied Kohli’s request to bowl to him on Duke Ball Network during the IPL. Fans turned on the New Zealand pacer after Kohli’s wicket fell to Jamison in both innings of the Test Championship final.

Jamison is now coming up with an explanation after this. Jamieson says Kohli has not spoken to him in a way that suggests he should be bowled out. He was told that he could train if he wanted to. He said nothing more seriously than that. I don’t think Kohli indirectly tried to tell me anything. “It is up to Kohli to decide whether that is the intention,” Jamison said.

Kyle Jamieson refusing to bowl to Kohli with the Duke ball during the IPL has now proven to be the greatest story ever in cricket history.

Jamison was the most watered down Indian batsman in the World Test Championship final. Jamieson, who took seven wickets in two innings, was the man of the match in the final.