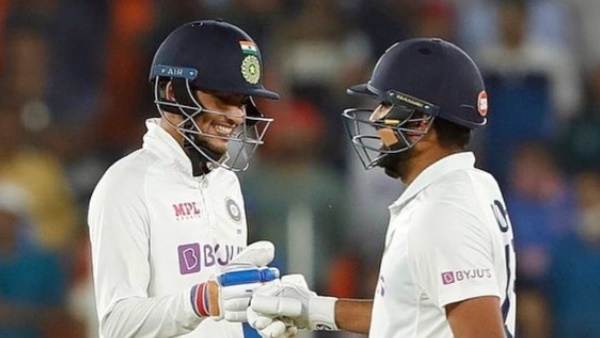 Gill has batted for India in 15 innings so far. Gill also scored 414 runs, including three fifties, at an average run rate of 31.84. With this, Gill’s innings proved to be a great opening option for India in Test cricket. But the fact is that India have better batsmen than Gill in the opening. Let’s see who are the potential players to replace Gill as such.

Mayank Agarwal is one of the senior players in the Indian team. But Mayank, who did not get many opportunities, has taken advantage of all the opportunities available to him. Mayank has been able to prove his mettle since his debut match. The Karnataka batsman batted for India in 23 innings. He scored 1052 runs at an average of 45.73, including three centuries and four fifties. This includes two double centuries. Agarwal has the confidence and skill to bat in the opening position. So Mayank is a replacement for Gill for some reason.

Prithviraj Shah is another young star of India. Prithviraj Shah, who also captained India to the Under-19 World Cup, is a player who fills the crease with explosives. The return of Prithviraj Shah, who was left out of the team last year due to a lack of form, could replace Gill. Prithviraj Shah, the top scorer in the 2020-21 Vijay Hazare Trophy with 827 runs from eight matches, has played 9 innings for India so far. Shah scored 339 runs at an average of 42.37, including one century and two fifties.

KL Rahul, who takes on any responsibilities assigned to him by the team and completes them well, is a regular presence in the Indian team in fixed over cricket. Rahul, who made his Test debut in 2014, has scored 2006 runs from 60 innings at an average of 34.58. His highest score was 199 against England. Rahul has five centuries and 11 fifties to his credit.

Wriddhiman Saha is another senior on the list. Saha is India’s number one wicket-keeper-batsman in Test cricket. Saha is the number one priority for the team as he gives the ball more chances. Saha, the opener for Sunrisers Hyderabad in the Indian Premier League, has played 52 innings for India so far. The 36-year-old has scored 1251 runs.

The Maharashtra star came to the fore with his explosive performance in the previous editions of the Indian Premier League. But even before reaching the yellow jersey of the Chennai Super Kings, he had a great record in domestic cricket. He played 36 innings for Maharashtra, scoring 1349 runs at an average of 38.54, including four centuries and six fifties.