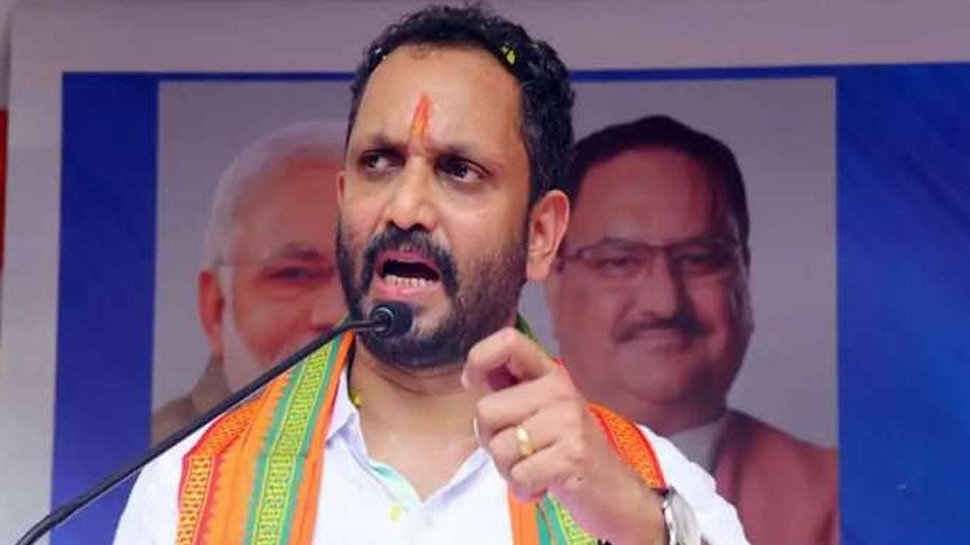 Thiruvananthapuram: Gold smuggling in Kerala (Gold Smuggling CaseThe BJP (CPM) has proved that the participants are the CPM (CPM).BJP) State President K. Surendran said. He was speaking after chairing a BJP state committee meeting. He alleged that the root of the gold smuggling case was going to the AKG Center. He said that the Ramanattukara incident is the biggest example of Kerala becoming a safe haven for quotation groups and underworld groups.

The smuggling gang is being run with the connivance of the government. He said it was unbelievable that the Home Department did not know about the clash between the two underworld gangs near the airport, which has security arrangements. CPM for the group from Kannur (CPM) Is related. It was alleged that those who were carrying out criminal activities for the CPM in Kannur came to Kozhikode.

If the accident had not happened the police would have been inactive and the smugglers (Gold smuggling) Cooperation and no one knew. The car used for smuggling gold smuggler CPM goonda Arjun Ayanki belongs to a CPM leader. He is an employee of a leading co-operative society. K Surendran said that despite the media spotting the vehicle, the arrest was delayed due to police co-operation.

The BJP president said that the Kannur district secretary held a press conference and dismissed the accused as he understood that the case would reach the CPM. Defendants are free to take photos with CPM leaders, including the Chief Minister. Like Thiruvananthapuram international smuggling, the CPM is behind the gold smuggling in the Malabar region. He said the party was trying to escape by blaming the crime citation team when the probe came to the CPM.

K Surendran demanded that the Chief Minister clarify the position of DGP Loknath Bahra on the open statement of ISIS presence in the state. The BJP has long said that ISIS recruitment is strong in Kerala and sleeper cells are functioning. The government at the time did not take it seriously. It is welcome that the DGP has told the truth just before stepping down. He added that it was unnatural for students to come to the state from ice-influenced countries such as Syria, Iraq and Afghanistan.

He said killings and torture were on the rise in the state in the name of dowry. He also alleged that harassment by CPM activists was on the rise. Last but not least, two local leaders were arrested for harassing a party worker in Vadakara. He added that this was a complete failure of the Home Department.

K Surendran said that the role of the government in clearing hundreds of crores of timber in the state is clear. He alleged that everyone knew who had called the Muttil Village Officer and that Brennan was telling stories to cover up the corruption that had befallen two CPI ministers. In 2000, the government handed over 219 acres of government-owned land to a private individual in a legal battle. The state government has no power over this. He said the government’s aim was to make money by selling other ecologically sensitive areas in the same pattern.

The robbery was carried out using. All the felled trees were smuggled in with the help of police officers. Even when you need a pass to go to buy vegetables, you cut wood from Wayanad and bring it to Perumbavoor. There was a conspiracy to destroy the evidence in the places where the trees were cut down. We saw the bushes burning with kerosene. The government should specify how many trees have been cut down from the protected forest. The state should answer why the Center was not informed even though the forest was on the concurrent list. He also demanded that the Chief Minister, who is vocal about federal principles forty times an hour, make his position clear.

There is a serious situation in Kerala where Kovid screening is declining and mortality is increasing. The state government is in the dark about how to avoid the lockdown. Kerala’s Kovid defense is in stark contrast to the national trend of declining weekly cases and deaths. In India, the number of cases dropped by 80 per cent and deaths by 30 per cent in the 28 days of weekly positive cases, he said.

The mortality rate in Kerala from May 12 to June 9 is 2.72%, which is a matter of grave concern. K Surendran said that 4,384 people had died during these 28 days, pointing to the fact that four-thirds of the total Kovid deaths in the state were at a time when Kerala was completely closed.