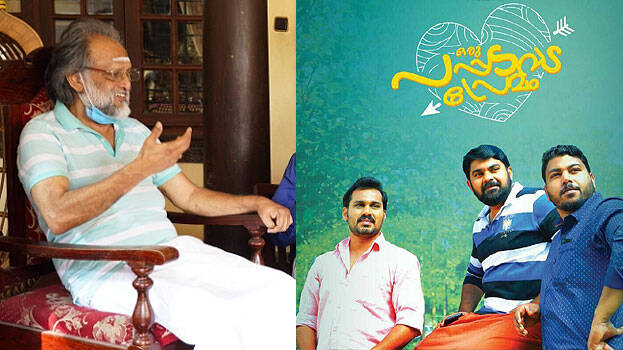 Here is another love song from the pen of Kaithapram who touched the hearts of the Malayalees through his love songs. The song “If you stay with me, you can jump into the sky like a golden van” has now become a super hit among music lovers. After a long hiatus, Kaithapram’s collaboration with renowned music director K Rajesh Babu has released a new film titled ‘Oru Pappadavada Premam’ written and directed by debutant director Zair Pathan.

The love song is sung by famous singers PK Sunilkumar and Manjari. The song was released on social media. Debut singer SK Kirthana will also be seen in the scenes of the song. The first song of the film was composed by lyricist Nishant Kodamana and sung by Jassie Gift and Srikanth Krishna. “Oru Pappadavada Premam” is also a very important film for music. The film is about the fun love life of four lovers.