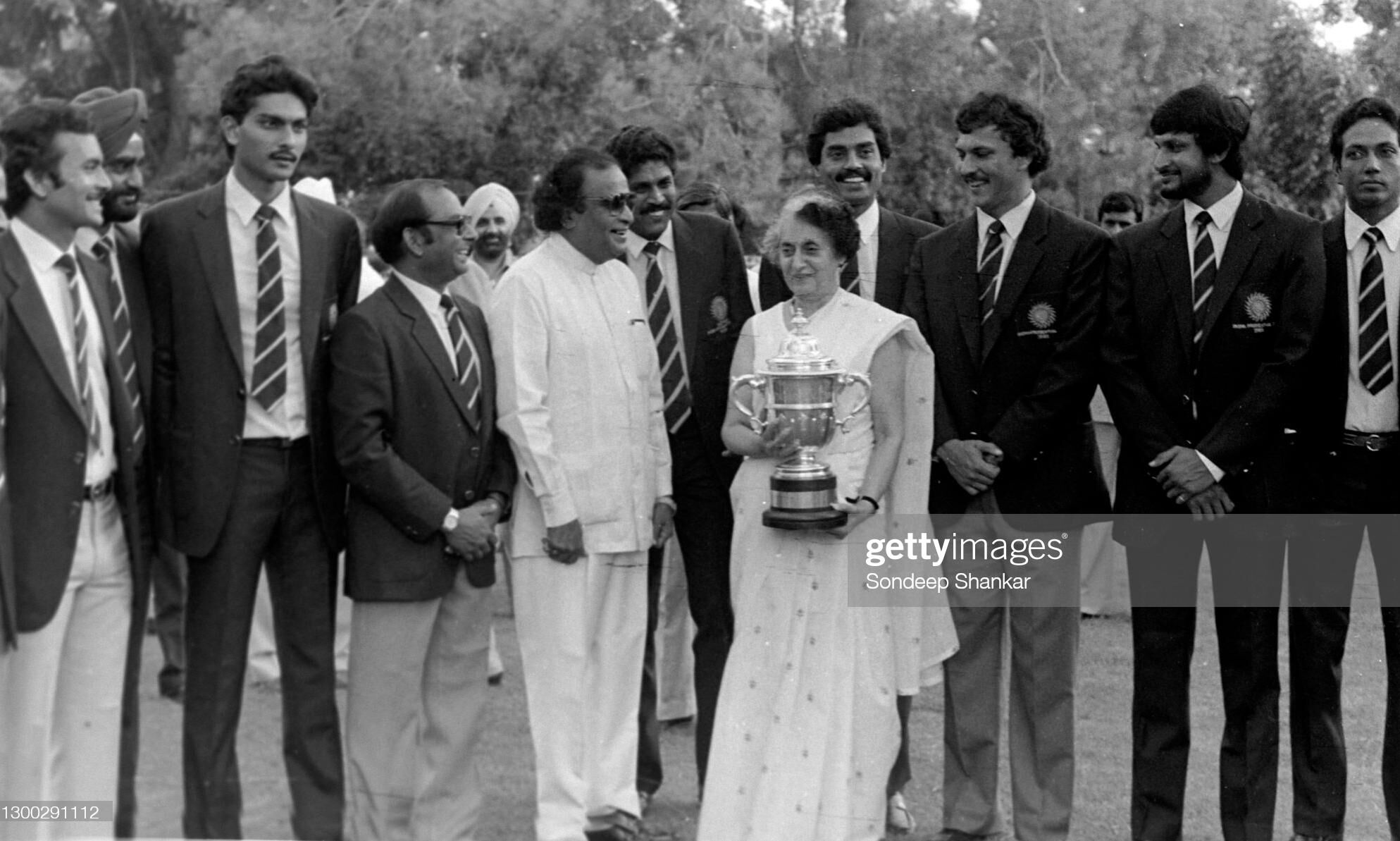 The tricolor flags are flown at Lord’s Maidan in St John’s Park, London. The 30,000 spectators hoisted the flag on their chests with excitement and frenzy. Situated between the Himalayas and the Ocean, the nation was responding by becoming world champions over the years in the capital of a nation that had enslaved itself. It was the excitement of billions of people. Kapil’s devils were the catalyst for India to win the World Cup. That achievement was an incredible slaughter for the Caribbean army, which was confident of winning a hat-trick of World Cups.

1983 – June 25 .. 8 years ago that day had another specialty. Emergency, the day a nation was plunged into darkness and the world’s largest democracy was imprisoned. Years later, on June 25, the Indian people needed another day to forget their worries about that day. The miracle of Kapili’s devils on the ground at Lord’s has brought new happiness to millions of Indians.
Things were not easy for Kapil and his team. From the group stage, he faced stiff competition. India were in a group with strong West Indies and Australia. Two teams from one group qualify for the semifinals. The media had earlier confirmed that it would be Kangaroos and Caribbeans. But with the first match between India and the West Indies, the stories and beliefs changed. India and the Caribbean qualified for the semifinals.

The English who sowed the seeds of cricket were waiting for India in the semi-finals. A do or die situation. But Kapil and his team overcame the situation very efficiently. With good dominance .. India surpassed the score of 213 raised by the English by losing the wicket. The Indian victory was easy despite the pace squad, which included Bob Willis and Ian Botham, lined up against the English crowd.

The final was at Lord’s. The stage was set for the match. With the Caribbean boat taking advantage of the toss, victory seemed far from India. It will be difficult to face the mighty bowling line-up led by Marshall first. The predictions came true. India out of 183 There were not even runs to add to the batting line-up, including Vivian Richards. But India was ready to fight. This is because the Indian team had a captain who did not compromise on batting, bowling and motivating the players. “Kapil Dev”

“team if this is not a winning total it’s definitely a fighting total”
These are the words that Kapil gave to his players. The energy given by those words had elevated them. He was given the will to hang out with any killer. Kapil and his team fought hard and beat the Windies. The Windies were all out for 43 runs from the target. By the time Holding’s 11th wicket fell, the crowd had applauded. The celebration had spread from London to the whole of India by then. Kapil ran with the team members with the stump in his hand. “The Evergreen Hero– Kapil Dev” who energized his disciples with his presence of mind. That was the beginning of Kapil and his team’s journey into Indian minds.

Over 28 years, Dhoni and his team have doubled their tally. Cricket has become a religion, trade and entertainment in India. It was about those eleven people that cricket has been wanting to hear and know for a long time. All that was glued to the wall in the room were pictures of them. It will not change over time. Their legendary achievements will not be forgotten. 1983 was a wonderful year in the history books of mind and cricket.