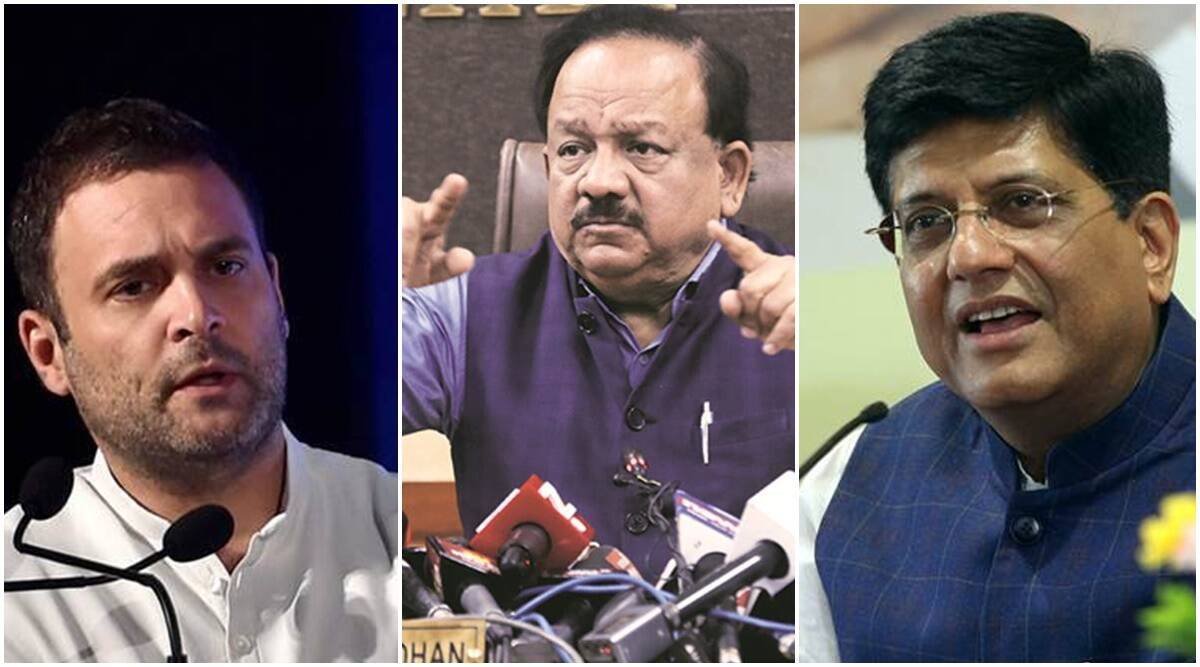 New Delhi: Union Minister Piyush Goyal has been accused of questioning the vaccine shortage in the country. Rahul Gandhi with Harsh Vardhan and reply. July has arrived and Rahul tweeted that the vaccine has not arrived yet.

Union Minister Piyush Goyal had said that 12 crore vaccine doses would arrive in July. States have been notified of the vaccine distribution 15 days in advance. Rahul Gandhi does not know the seriousness of this. He only knows how to play class politics. The Union Minister had tweeted that Rahul Gandhi should realize that this was not right in the fight against Kovid.

Union Health Minister Dr Harsha Vardhan had also criticized Rahul Gandhi. “I was informed about the vaccine available in July. What is the problem with Rahul Gandhi? Didn’t he read it? Didn’t he understand that? There is no vaccine for the virus of pride and ignorance. The Congress should think about a change of leadership, ”said Harsha Vardhan.

Last Thursday, Dr Vardhan had said that 12 crore vaccine doses would be distributed to the states in July. The affidavit submitted to the apex court said that it contained 10 crore covi shield doses and 2 crore covaxin doses.

Meanwhile, vaccine shortages still persist in many states. Vaccination centers were closed in some states due to lack of vaccine availability. Last week, Bengal had announced that the vaccine would be distributed only to priority groups. The states of Bihar and Uttar Pradesh shared the same concern.