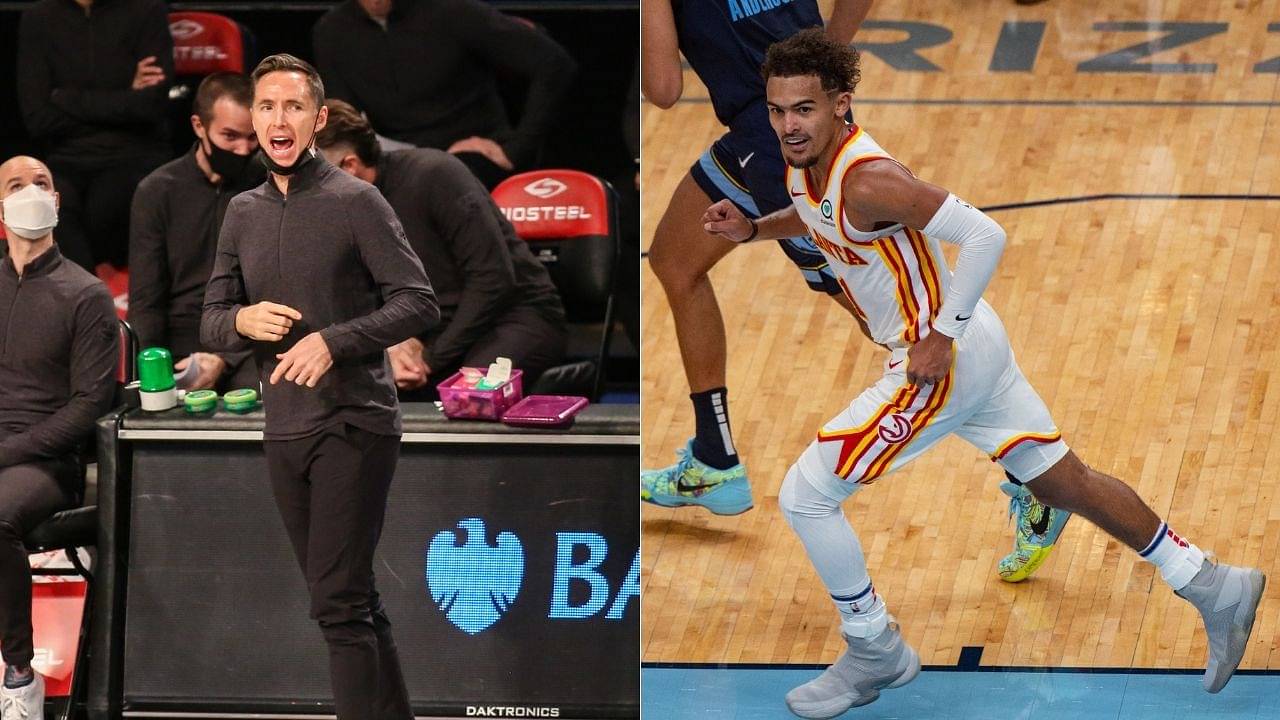 The referees and Trae Young received a listening ear from Nets head coach Steve Nash after the former drew a string of cheap fouls last night.

The Hawks pushed the Nets over the edge last night on an offense-filled night. The game ended 145-141, and was just the first game of this millennium in which the Nets and their opponents scored over 100 at the end of the 3rd quarter.

Nash later admitted in the post-game interview that he “ needed a beer ” after the game. It must have taken weeks of the coaches’ lives to see their defenses cut out like this.

“Maybe I need some experience with these hay hay machines, you know. They’re throwing 3s all over the place, getting rebounds and as a new coach it’s tough when you can’t impact the games. When you are used to having an impact on games, in particular. But the guys hung on, that’s the number one thing.

Also read: “I think I could be even taller, like a Michael Jordan”: When young Tiger Woods showed supreme self-confidence he said he could be golf GOAT

Steve Nash appeared to lose him in the 4th quarter after Young received another cheap foul. Trae passed Timothe Luwawu-Cabarrot and then took a shot back into the retreating TLC. The Frenchman couldn’t help it, and Kevin Durant put his hands on his head in disbelief at the whistle.

Nash turned to the 3rd official on the sideline to express his frustration on the call.

Trae Young was shooting cheap fouls and Steve Nash was tired of seeing him, couldn’t help it. Coach Nash was to have a word with this reference. Talk about heavy trainer. #WeGoHard – @Keith_McPherson pic.twitter.com/tMEbkSD6Ga

Also read: “I think I could be even taller, like a Michael Jordan”: When young Tiger Woods showed supreme self-confidence he said he could be golf GOAT

The Nets will play against the Hawks again on Friday night. It should be another fascinating watch if this first game is anything to go by. The Hawks have proven they can hang out with anyone in the league – their offense is incredible.