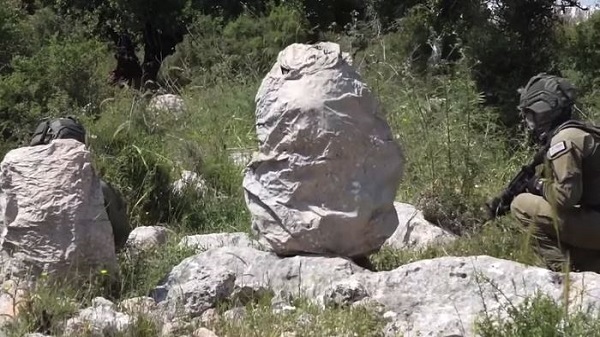 The new kit, called Kit 300, is made of thermal visual concealer material that combines metals, microfibers and polymers to prevent soldiers from being detected by enemies. The Polaris Solutions website states that wearing this material, which can be double-up as a lightweight stretcher, makes it difficult to find a person wearing human eyes or thermal imaging equipment.

The best portable speakers in the Indian market priced below Rs 2,000

Soldiers can wear this dress or make a tent out of clothes. This varies according to the nature of the desert or rock. According to Janice.com, Gal Harari, head of detection and imaging technology at MoD’s research and development unit, says people who look at soldiers through binoculars can not see them from a distance.

This sheet, which is invisible to soldiers, weighs 500 grams. It is reported that this is a sheet that can be folded into a compact bundle. The Israel Defense Forces (IDF) tested the new sheet. Indications are that it was added to the army after the experiment. It is reported that the idea for developing such a technology came from the personal experience of Asaf Picciotto, co-founder of Polaris Solutions.

Top Five Fitness Apps To Work Out At Home

While serving in the Special IDF Unit during the 2006 Lebanon War, soldiers were not able to hide from enemy thermal imaging devices. This was a huge drawback. The media line reported that Picciotto thought about the dress to disappear because he noticed this. Picciotto told the media that we should always be better than the enemy and that there are big flaws in things for survival.

According to the Media Line report, Polaris Solutions is working with special forces units in Canada and the United States to bring new technology to North America. The news that the concept of invisible clothing, which we have only seen in movies, is being developed for the military points to the advancement of technology.