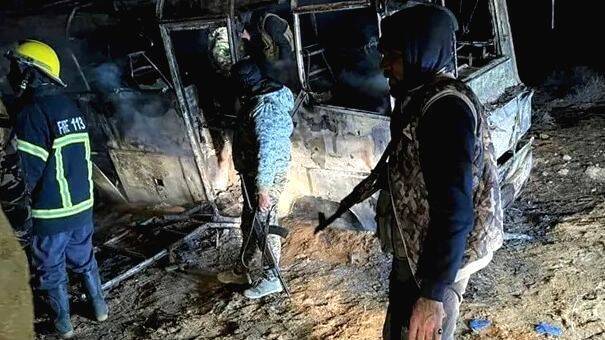 Syria: Islamic State group jihadists attack a bus carrying Syrian soldiers, killing 37 soldiers, including eight officials. The bomber struck shortly after noon in the eastern province of Deir ez-Zor, killing at least 25 people and wounding 13 others, the Syrian Observatory for Human Rights said. The condition of some of the wounded is critical. Observatory chief Rami Abdul Rahman said the attack was the deadliest since the fall of IS Caliphate.