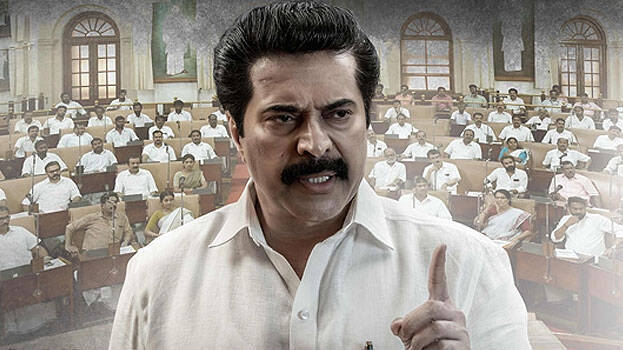 Mammootty’s CM Kadakkal Chandran ” One ‘starts with a card explaining that the story and characters are completely fictional. The opening scenes are able to arouse the curiosity of the audience and grab his attention. The next intro scene of Mammootty is also enough to create a lot of excitement in the cinema hall. But as the film progresses, ‘One’ does not intend to do much justice to the ‘imaginary card’ mentioned at the beginning.

As the film progresses, the CM in the film can not go wrong if it feels a bit similar to the real CM. It is not meant to be enjoyed by all types of audiences. In ‘Vanni’, Mammootty is a tough CM who is reluctant to approach the common man. The screenwriter even uses a character to make it clear that Kadakkal Chandran is a tough-tempered man, ‘It’s okay to be arrested, not to be taken to the CM’. Scenes depicting Chandran as a heroic hero sometimes turn to stone.

Kadakkal Chandran, an idealistic, spotless man with a cut on his forehead, is a chief minister who is constantly facing opposition from opposition leaders and even from his own party / front. The reason for these protests is to go ahead with policies that are for the good of the people and are not willing to compromise on it. Fearing that Chandran’s stance will threaten them, these leaders begin to move against him. But the Chief Minister is moving forward by overcoming opposition and obstacles.

CM Kadakkal Chandran is truly a superhero. He is able to understand the problems of the people around him and run to them, find solutions to them with lightning speed and protect them. The CM will be there as a savior when the family of the young man who is with him is in danger and the windows of the KSRTC bus are smashed. The director and the screenwriter have infiltrated the film from time to time with such scenes that may never happen in real life. The intention is to make good use of the megastar Mammootty, but sometimes it disappoints the audience.

One of the major drawbacks of ‘Vanni’ is that there is no strong villain to oppose this superhero CM. The film has a long list of characters like Murali Gopi, Alansier and Sudhir Karamana to fulfill this role, but they are not able to challenge the power of debt. There is a scene where Mammootty’s character is facing a big crisis as he approaches Interval. But the fact that the film did not mention much about it later on can be seen as a lack of vigilance on the part of debutant director Santosh Vishwanath.

Gopi Sunder’s background music does not do much good to the film. The slow motion walks of Kadakkal with BGM will excite the audience at the beginning of the film but its overuse will make the viewer tired. The final scene of the film is a bit intriguing. The audience may have reasonable doubts as to whether such a scene was included in the film in view of the forthcoming Assembly elections.

Ignoring these shortcomings, the film is a not-so-bad entertainer. Mammootty’s performance is the driving force behind the film. Jojo George also has an enjoyable performance as party secretary Baby. The performances of Salim Kumar and Mathew Thomas, who play important roles, are also satisfactory. Meanwhile, Sajayan has nothing to do with the moment Kadakkal arrives as Chandran’s sister. The film manages to entertain as well as inform, but the Bobby-Sanjay team’s compact script fills in the gaps.