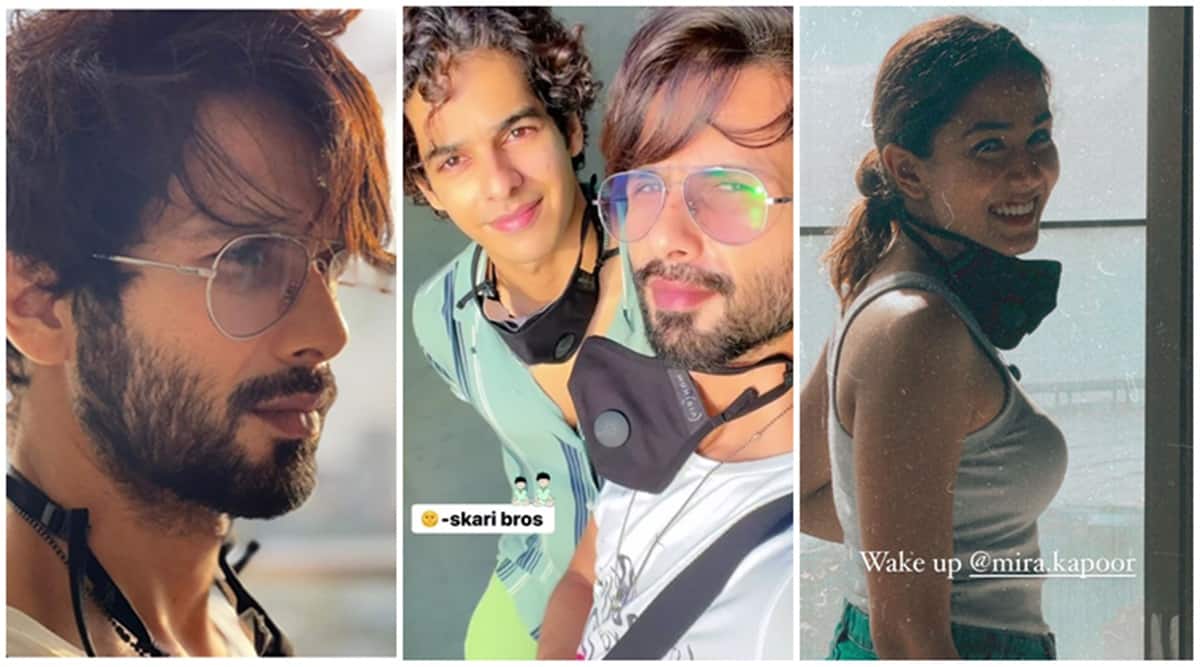 It looks like Shahid Kapoor and his wife Mira Rajput are preparing to move into their new apartment with wonderful views of the sea and the Bandra-Worli sea link. The actor, his wife and brother Ishaan Khatter appeared to have spent time in their new home and shared a slew of photos and selfies.

Shahid shared a photo of his wife as she stood in front of a window. The breathtaking view of the sea formed the backdrop for the photo. Shahid captioned it as “Wake up @ mira.kapoor.” Mira also posted the photo and wrote: “Ways to say hello”.

Earlier, Ishaan and Shahid shared numerous selfies from the new home. While Ishaan Khatter shared a “sun-skaari” selfie with “bade bhaiya” Shahid, Shahid Kapoor spoke of “fresh air” while sharing the sights of his new residence.

Sharing one of the photos, Shahid wrote: “I have never enjoyed the fresh air so much…. Life… We always tend to love what we have lost the most. Shahid shared a video with the song “Hawayein” from the movie Jab Harry Met Sejal in the background.

Shahid also shared a video on his Instagram Story where his brother Ishaan can be heard asking him “Where are we”, and Shahid replies, “Hawa me hain, view dekh view”, and gave a preview of the apartment.

See all photos and videos of Ishaan Khatter and Shahid Kapoor:

Shahid and Mira bought the new home in 2018 in a building called Three Sixty West. They have a house in Juhu where Shahid and Mira live with their two children, Misha and Zayn. Shahid had also spoken of his home in an interview with DNA. “I bought a new house in central Mumbai. It will take a year and a half, maybe even two, before we do the interiors and move in there. The new house that Mira and I have booked has a garden and other amenities like a gymnasium etc. Today our demand is to have a safe place for Misha where she can play with others. We want her to be with children her age because that’s how she will have a normal childhood, ”he said.

On the work side, Shahid Kapoor will soon be seen in Jersey, a remake of a successful Telugu film. Jersey is the official adaptation of Nani’s 2019 sports drama of the same name. Director Gowtam Tinnanuri, who helmed the original, also directed the remake. The Jersey remake also stars Mrunal Thakur and Shahid’s actor’s father, Pankaj Kapur, and is set to arrive in theaters on November 5.