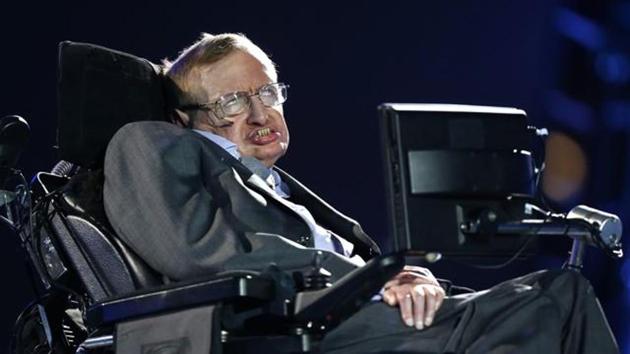 Scientist Stephen Hawking made a 16-day trip to India in 2001, visiting Mumbai and New Delhi. During the visit, he met with President KR Narayanan.

During the first leg of the tour in Mumbai, Hawking spoke at an international physics seminar at the Tata Institute of Fundamental Research (TIFR).

He was congratulated with the first Sarojini Damodaran scholarship at the “Strings 2001” conference.

Hawking gave several talks during the five-day seminar, including one titled “ The Universe at a Glance, ” Quartz reported Wednesday.

Later, Hawking took a city tour in a specially designed vehicle from Mahindra & Mahindra that accommodated his wheelchair.

The physicist also celebrated his 59th birthday at the Oberoi Towers hotel where he stayed.

In New Delhi, Hawking met President KR Narayanan at Rashtrapati Bhavan who later described the 45-minute meeting with the British physicist as “an unforgettable experience”.

“Indians are so good at math and physics,” the British theoretical physicist told the president.

According to Narayanan, Hawking was “the symbol of human hope and inspiration for all who are disabled in one way or another.”

He delivered the Albert Einstein Memorial Lecture in New Delhi on January 15.

Hawking, who shaped modern cosmology and inspired millions of people despite a deadly disease, died on Wednesday. He was 76 years old.