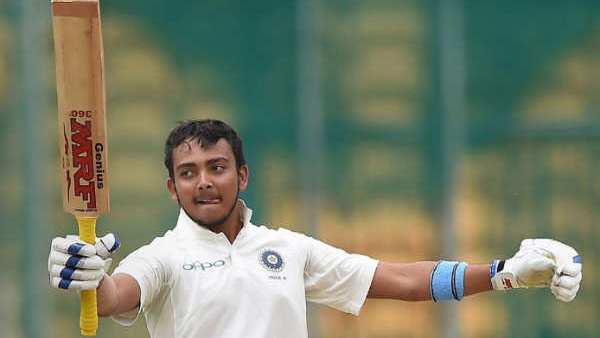 Gill’s leg injury. The player suffered the injury while playing against New Zealand in the final of the World Championship. It may take eight to 12 weeks for it to fully heal. Therefore, Gill will miss all five Tests of the series against England starting in the first week of August.

Top scorers every year – no one can beat Rohit! Saman is just behind

England series: What are the three challenges facing India? The series can be won if overcome

In the wake of this, the team management is all set to demand that India have fewer backup openers and should allow Prithviraj to replace them. Mayank Agarwal and newcomer Abhimanyu Ishwaran are currently the openers in the Test squad. The team management points out that Abhimanyu’s inexperience is a setback as he is not the only backup opener in the long series.

India may ask Prithviraj in Sri Lanka to return to England as soon as possible. The team management hopes that this will help the player to join the team before the first Test, which starts on August 4, after the end of the quarantine period. But the selectors in Mumbai have not discussed the matter yet. Prithviraj is currently the opening batsman in form. It will be a relief if he is in Sri Lanka and joins the Test team in England. Sources close to the team told national media that it had been five days since they learned of Gill’s injury but that none of the selectors had intervened.

If India send Prithviraj to England, it will pave the way for the debut of Malayalee star Devdutt Padikkal in the series against Sri Lanka. This is because Prithviraj was currently considered the first choice opener along with skipper Dhawan. If he does not get his services, India is more likely to give Devd a chance. He has scored runs for Royal Challengers Bangalore in the IPL and for Karnataka in domestic cricket.