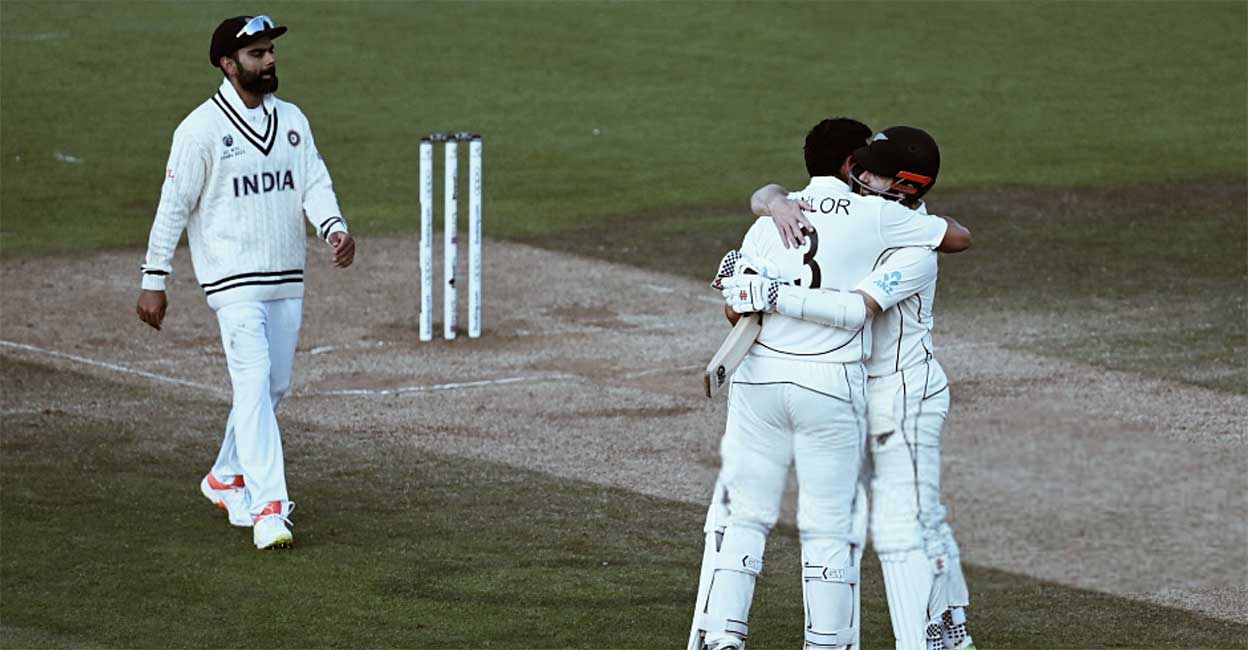 New Zealand defeated India in the final of the much awaited World Test Championship. Another final of disappointment for Indian cricket fans. Virat Kohli and the Indian team repeated the routine of taking the stairs and putting the art on. The Indian team, which has lost the last two ODI World Cups (2019 and 2015) in the semi-finals, was widely expected to win the Test championship this year.

Kovid was stopped halfway through the IPL but cricket fans were eagerly waiting for the World Test Championship final. All Test matches from August 1, 2019 were considered for the ICC Test Championship for the first time. India and New Zealand reached the final of the tournament after scoring points for each match and series.

The final was the only match at the Rose Bowl Stadium in Southampton, England. With this victory, New Zealand took the title of the first ICC World Test Champion. It was a happy occasion for New Zealand, who beat England by four wickets in the 2019 ODI World Cup final. It was a disappointment that India, which lost to New Zealand in the semi-finals that day, wasted the opportunity to settle the score.

The defeat is also an indication that India needs some breakthroughs in its approach to the game. Criticism has been leveled at former players that India came to the final without adequate preparation. India were playing the final after a non-match break following the suspension of the IPL. Prior to that, the team management was not prepared to make any attempt to adapt to the conditions in England.

New Zealand, on the other hand, played a two-Test series against hosts England ahead of the Test Championship final. The match was interrupted several times by rain but New Zealand managed to draw the first Test and beat England in the second Test. The match against India was canceled several times due to rain. New Zealand benefited from their experience of surviving similar situations in the game against England. The lack of form of the batsmen also affected India. If India had scored at least 50 more runs in the second innings, the outcome of the match would have been different. India was humbled by the fact that the front, middle and tail were equally discolored. No one showed the patience to fight back.

Mohammad Shami bowled brilliantly but Jaspreet Bumra was bowled out. Ravindra Jadeja did not shine either. In the final analysis, India went to England without even playing a training match and went straight to the final to claim defeat. New Zealand captain Kane Williamson’s experience in two Tests against England just before the final may have prompted him to reach the final by including only fast bowlers without spinners.

Let India captain Virat Kohli and coach Ravi Shastri realize that a match cannot be won by confidence alone and that adequate homework is essential.

India reached the final of the Test Championship by finishing first in the qualifying round. India played 17 Tests during the qualifiers. The results were 12 wins, four defeats and one draw. India have won all four home series, including the West Indies (2–0), South Africa (3–0), Bangladesh (2–0) and England (3–1). India won all but one Test against England.

They have won two of their last four home matches against Australia, winning the series with two wins, one loss and a draw. India lost only the series against New Zealand there. India lost both the Tests in that series. The sad thing for Indian fans is that despite getting the same New Zealand in the final, they could not make amends.

New Zealand did not reach the final with much success from India. They won the series only at home. New Zealand won the second match while Sri Lanka won the first match of the two-match series in Sri Lanka. New Zealand then lost all three Tests on the Australian tour. They then swept all three series in their homeland. New Zealand beat India (2–0), West Indies (2–0) and Pakistan (2–0). New Zealand reached the final of the Test Championship after winning seven Tests, losing four and drawing one.