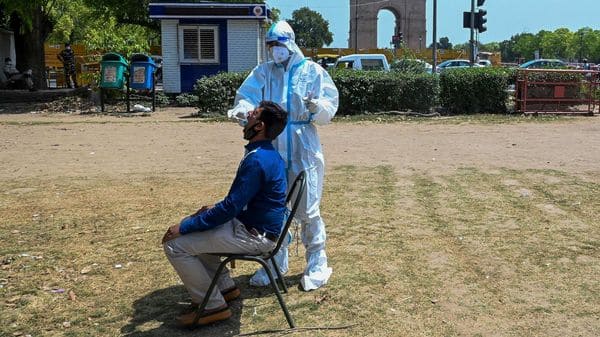 The new infections reported only a slight jump from Saturday, when the country saw an additional 62,258 people testing positive for the virus.

However, it is still the largest spike in new infections recorded in the country this year and the highest in more than 160 days. India had last seen more than 62,000 new cases on October 16 last year.

Of these, Maharashtra continues to be the largest contributor to the daily tally. The state had 35,726 more people testing positive for Covid-19 in the 24 hours ending Saturday night.

On top of that, the death toll in the country has reached 1,61,552 with 312 more people succumbing to the disease in the same span. The death toll has skyrocketed and crossed the 300 mark for the first time this year.

He is now close to crossing the five lakh mark again.

The Center chaired a high-level meeting on Saturday with 12 states and Union Territories (UTs) reporting an increase in the number of Covid-19 cases. States and UTs have been advised to focus on strict containment and public health measures in 46 high load districts.

Tests carried out so far

India had tested 24.09.50842 samples for Covid-19 as of Saturday, the Indian Council for Medical Research (ICMR) said.

The country has so far administered 6,02,69,782 anti-Covid shots, crossing the six crore mark.

The five crore vaccination mark was crossed on March 23.

The nationwide vaccination campaign was launched on January 16, health workers were vaccinated, and vaccination of frontline workers began from February 2.

The next phase of the Covid-19 vaccination began on March 1 for people over the age of 60 and for people aged 45 and over with specified comorbidities.