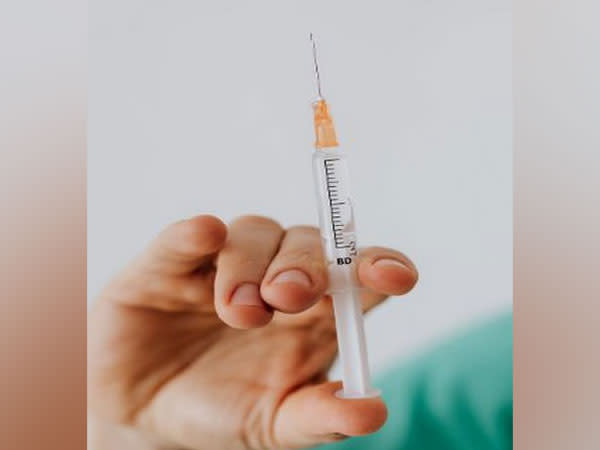 Washington [US], March 21 (ANI): The results of a recent study suggest that people with type 1 diabetes can improve their blood sugar control while reducing the time to hypoglycemia or hypoglycemia by using the automated system of Insulet Corporation’s Omnipod 5 insulin delivery, compared to their standard insulin therapy.

The results of an industry-funded study on the latest Omnipod, the world’s first portable tubeless insulin pump, will be presented at ENDO 2021, the annual meeting of the Endocrine Society.

The Omnipod 5 system underwent three months of home testing in 128 adults and adolescents aged 14 to 70 and 112 children aged 6 to under 14. All of the study participants have type 1 diabetes and were first followed for two weeks using their standard treatment, either multiple insulin injections per day or an insulin pump. Using Omnipod 5, participants saw significant average improvements in both hemoglobin A1c, a measure of blood sugar (sugar) control over the past few months, and the percentage of time participants stayed in. the recommended target glucose range (70 to 180 milligrams per deciliter). ), the researchers reported.

Insulet funded this study and manufactures Omnipod 5, which is under review by the United States Food and Drug Administration. This is an update to the Omnipod DASH and the original Omnipod system, which are sold in the United States, Canada, Europe and the Middle East.

The Omnipod 5 System, according to Ly, is the first tubeless automated insulin delivery system integrated with the Dexcom G6 Continuous Glucose Monitoring (CGM) system. She said this commonly used glucometer automatically measures glucose levels every five minutes and communicates directly with Omnipod 5. The Pod is now designed with a built-in algorithm that automatically adjusts the pump’s insulin delivery to a target of. customizable glucose, based on CGM value and trend. .

Omnipod 5 users inject insulin into a single-use pod, which adheres to their skin for 72 hours as a continuous insulin infusion. At mealtimes, the user administers a bolus dose of insulin which is controlled by the Omnipod 5 app on the user’s personal smartphone or a separate wireless controller. Ly said the new system will have the ability to control the Pod from a compatible smartphone, which will make the wireless controller optional.

Ly reported that the A1c in the adult / adolescent group was on average 0.4% lower with Omnipod 5 than when using their standard insulin therapy, an improvement of 7.2% to 6.8%.

With Omnipod 5, their average time in the American Diabetes Association’s recommended glucose range (70 to 180 milligrams per deciliter) was 2.2 hours per day longer, or 9.3 percent better, Ly said. Overall, this group was in the target range almost 74% of the time when they used Omnipod 5, while the general population with type 1 diabetes is often in the target glucose range 60% or less. time.

“Even though many study participants had their diabetes well controlled before the study, they still experienced an improvement in time within the target glucose range, regardless of their baseline control. This shows the potential of the technology in the larger population with diabetes, ”Ly mentioned.

According to Ly, one of their most important findings in the adult / adolescent group was a reduction in hypoglycemia time, measured on the sensor by glucose levels below 70 milligrams per deciliter, to a median of 1. , 1 percent. Hypoglycemia is a dangerous drop in blood sugar. Only two episodes of severe hypoglycemia occurred, apparently after user initiated bolus doses.

Most of the study participants chose to continue using the Omnipod 5 for an extension of the original three-month study, which Ly says suggests a preference over their previous treatment.

Children in the study also had improved blood sugar control after using Omnipod 5. The average A1c dropped 0.7 percent, to 7 percent, and time in range improved by almost four hours a day. A diabetic ketoacidosis event (excessive ketones in the blood due to insufficient insulin) occurred, which Ly attributed to a failure of the infusion site. She said that a severe hypoglycemic event occurred which was not attributable to a malfunction of the device.

“Omnipod 5 protects you from high and low glucose values,” Ly said. “It is also simple, intuitive and easy to use.”