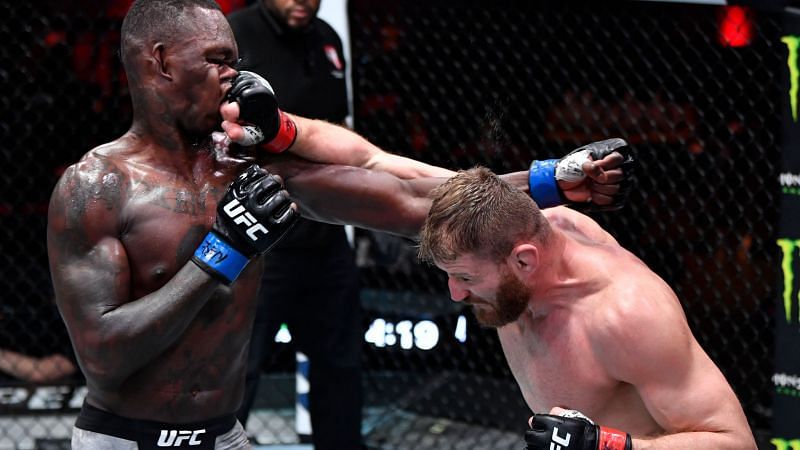 At UFC 259, Israel Adesanya was unable to put his name in the history books and failed in his attempt to hold UFC championships in two weight divisions simultaneously.

Following his loss, Adesanya took to social media to briefly reflect on his performance and the legendary Polish power of his opponent Jan Blachowicz. The Last Stylebender shared an image of himself taking a sharp punch from Blachowicz and wrote that the experience wasn’t too bad.

Here’s what Israel Adesanya wrote after his loss to UFC 259:

Judging by Israel Adesanya’s tweet, it looks like The Last Stylebender is far from done competing in the Light Heavyweight division, despite losing. The reigning UFC middleweight champion is set to make his return to 185 for now as he remains “hungry” for more.

In the main event of UFC 259, Israel Adesanya took Blachowicz to his limit in a very entertaining fight between the two. However, the tough light heavyweight champion retained his belt after another strong outing in the Octagon.

Adesanya won the UFC middleweight title by beating Whittaker at UFC 243. In his final 185-pound title defense, The Last Stylebender finished Costa in the main event of UFC 253.

Other middleweight fighters like Marvin Vettori, Kevin Holland and Darren Till are also in the running to eventually contest the title. All three fighters currently have their next fights booked. Vettori and Till will face each other, while Holland will face Derek Brunson in the coming weeks.

With a few more wins at Middleweight, Israel Adesanya could once again consider upgrading to Light Heavyweight in the future.

As it stands, however, Jan Blachowicz remains the current 205 lb champion and is ready to fight Glover Teixeira next.