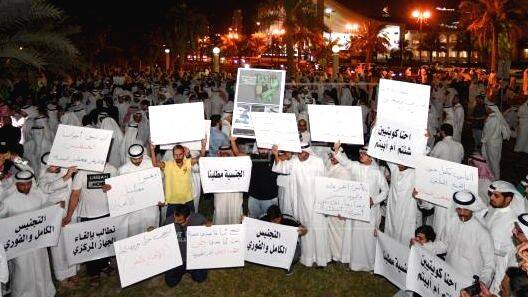 Kuwait threatens to deport protesters The government has warned that it will take “severe action” if it participates in demonstrations in Kuwait, as in its own country. The Kuwaiti government has said it will have a similar experience if it takes place in Iraqi Square, a regular protest venue. Al-Rai newspaper reported that Interior Minister Sheikh Tamar al-Ali had issued a directive to police in this regard. He said it was unacceptable for expatriates to take part in protests against the country’s decisions, in the public interest or in a way that raises security challenges. A Jordanian expatriate has been deported to Kuwait for participating in a demonstration in Iraqi Square against the country’s Kovid vaccination campaign.