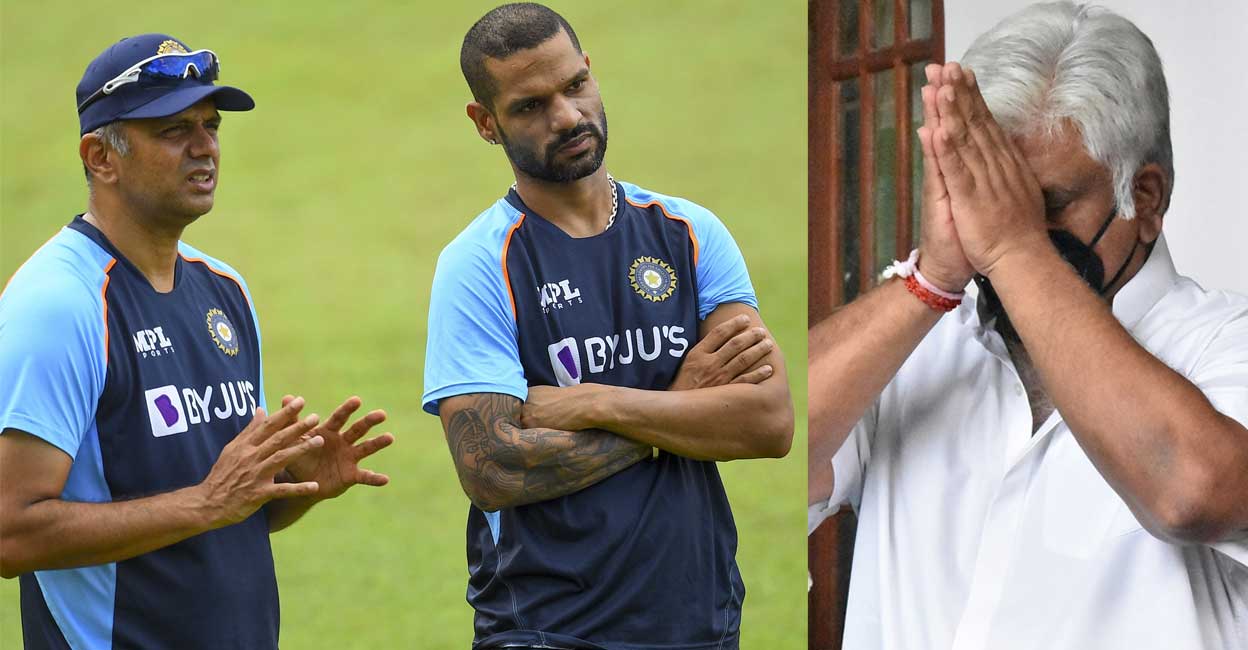 Colombo: The Sri Lanka Cricket Board has responded to former captain and minister Arjuna Ranatunga for criticizing him for agreeing to play against India’s ‘second tier’ team. In a special statement, the board said that the Indian team led by senior player Shikhar Dhawan is strong. The board said in a statement that most of the players in the team have played for India in at least one of the formats – Test, ODI and ODI. The statement was in response to Ranatunga but did not name him.

Ranatunga criticized India for sending a first-team team led by Virat Kohli to tour England and a second-place team for touring Sri Lanka. Ranatunga had alleged that this was tantamount to insulting Sri Lankan cricket. Ranatunga also slammed the board for agreeing to play for India’s second tier team for marketing purposes.

‘India’s second tier team is here for the tour. This is a disgrace to Sri Lankan cricket. The Sri Lanka Cricket Board should be blamed for agreeing to play against this team solely for the sake of television marketing, ”said Ranatunga.

As the Test team led by Virat Kohli went on to tour the World Test Championship final and England, India sent a team led by Shikhar Dhawan to tour Sri Lanka. Six of the 20-member squad selected by the selectors are newcomers. Malayalee player Sanju Samson and Devdutt Padikkal are in the team. Rahul Dravid is the coach of the team as Ravi Shastri is in England with the Test team.

The Sri Lankan board said 14 of the 20 – member Indian team that arrived in Sri Lanka had played for India in any format. “Therefore, the Indian team is strong,” the board said.

“It simply came to our notice then. The Indian team that has arrived in Sri Lanka for the ODI and Twenty20 series is strong, ”the Sri Lankan board said.

“All the 14 members of the 20 – member team who have come here have played for India in three formats or one format. How do you call them a second tier team? ‘

The board also noted that in special circumstances created by Kovid 19, two teams have to be fielded at the same time in international cricket. This is the first time that two Indian teams are touring two different countries at the same time. ‘In the current scenario, according to ICC rules, different countries find specialist players and test different teams for different formats. The move is aimed at nurturing specialist players and creating competitive teams in every format, ”the board said.

“In addition, such an experiment will enable the series to be played seamlessly in the current scenario,” the board said in a statement.

The ODI series between Sri Lanka and India is set to begin on the 13th of this month. The ODI series is followed by a three-match Twenty20 series. The tour ends on July 25.

The Indian Test team, which remains in England after the World Test Championship final, will play a series of four to five Tests from August.